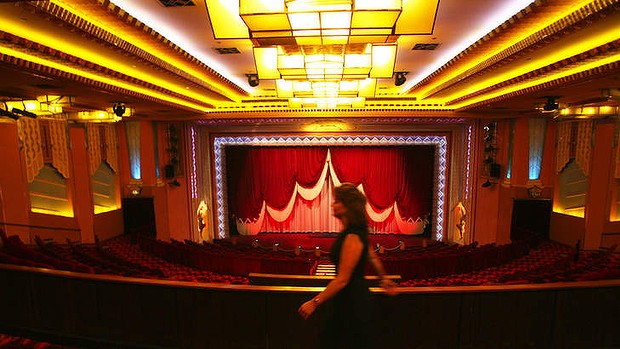 PHOTO: The Hayden Orpheum in Cremorne is one of the cinemas to start charging $20 for tickets. Photo: Louie Douvis

In what could a psychological barrier for movie-goers, the top price of an ordinary cinema ticket has hit $20.

Two Sydney cinemas have pioneered the price increase — the Cremorne Orpheum and Palace Norton Street in Leichhardt — and others are expected to follow around the country soon.

“It’s just a question of a short period of time,” said the chief executive of Palace Cinemas, Benjamin Zeccola, who blamed increases in wages, rent and maintenance and energy costs.

The top price for a traditional 2D movie at other cinemas in Sydney and Melbourne remains $19.50, with the major cinema chains charging more for “premium” sessions — 3D movies on giant screens cost up to $26.50 and Gold Class-style cinemas cost up to $42.50.

But as prices increase, cinemas are also heavily discounting to drive ticket sales.

The Orpheum offers students $5 tickets on Monday nights and the Palace chain has $5 tickets for members of the industry union, the Media Entertainment and Arts Alliance, this weekend.

And some cinemas have started discounting tickets during the final days of a film’s run.

“Even for some art-house or more limited releases, the terms are going up if they’re going through a major distributor,” he said.

‘Ticket prices go up every couple of years but it still ends up being the cheapest form of entertainment overall.”

“We’ve been well over the $20 mark for some time because of the surcharge for 3D and Vmax [in cinemas with bigger seats and screens]. If you’re watching a film in Vmax, you’re going to pay another $3 or $4 depending on the location and that’s a very popular option …

“We don’t get very much, if any, negative feedback on our Vmax pricing because it’s such a great experience.”

Even as prices hit $20, discounting means the average ticket at Norton Street costs $12.50.

“If you’re price conscious, there are so many ways to access a cheaper ticket,” Mr Zeccola said.

“You just browse the websites, look for movies clubs and discount days and there are special offers all the time.”

The chairman of the Motion Picture Distributors Association of Australia, Marc Wooldridge, said Australians continued to be among the world’s most frequent cinema-goers but piracy was threatening the business.

Currently ticket prices in Canberra are $15-$18 (excluding “cheap Mondays” and loyalty card memberships). But once online booking fees are included, tickets at some cinemas are $19.50, just shy of the $20 mark.