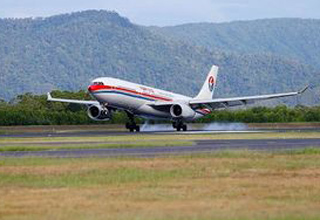 CHINA Eastern Airlines is to extend its trial flights from Shanghai to Cairns to the end of the year.

It’s the third extension the airline has committed to and comes as Chinese New Year festivities are in full swing with an estimated 20,000 revellers flocking to the region from overseas during the next three weeks.

The airline’s Australian senior public relations supervisor Stella Yao said the scheduled services on Wednesdays and Sundays would continue from September until the end of the year.