Chef was ‘a wonderful person and beautiful friend’ 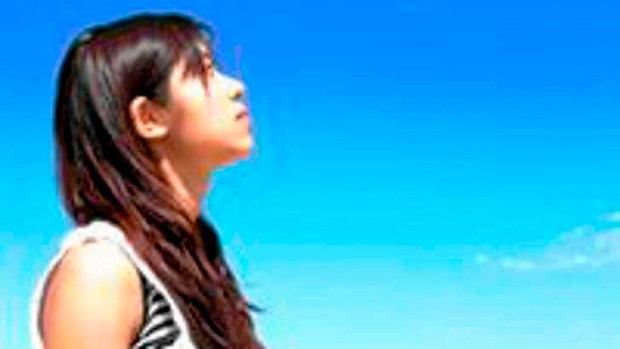 The colleagues of a pastry chef who was sexually assaulted and killed at Kings Domain on her way to work have told of their deep sadness at the loss of a “wonderful person” and friend.

Renea Lau, 32, a Chinese national from Hong Kong, was beloved by her workmates at an upmarket dessert business in Melbourne’s inner-east where she has worked since May, 2012. Ms Lau was a devout Christian, and regularly attended a Chinese Christian church in the suburbs.

Her body was found by joggers behind the Victoria Police Memorial in Kings Domain, Southbank, about 8.30am on Saturday.

Scott Allen Miller, a 42-year-old American-born man, who had been living rough in Melbourne for at least the past six weeks was expected to be charged with her murder after being arrested and extradited from NSW on Tuesday.

Ms Lau has yet to be officially identified as the victim of the horror attack as police make arrangements for her overseas family to travel to Melbourne for a formal identification.

“I would just like to state with deep sadness that Renea was an employee,” Mr Kearney said.

“She worked in our kitchen as a valued member of our pastry team. She will be terribly missed here. She was a wonderful person and a beautiful friend and colleague. We offer our heartfelt condolences to her family and friends and all our thoughts are with them.”

Mr Kearney said the rest of his team were “grieving and working through this difficult time” and requested that media do not attempt to contact them.

Ms Lau’s violent death had evoked a display of grief from people who had never known her, but felt compelled to visit the site of her death.

Strangers left flowers and cards underneath a tree just metres away from where the body was found. “Our city grieves with you and for you,” read one card.

“Although I didn’t know you I will think of you every day as I pass this spot,” read another.

A man arrived with a bunch of flowers and said he didn’t know the woman, but felt compelled to pay his respects.

Mr Miller, who had lived in an affluent Perth suburb and ran a dance party business about 20 years ago, was arrested in Eden on the New South Wales south coast after a three-day manhunt. He is due to face court tomorrow.

It is understood Ms Lau’s family is expected to travel to Melbourne later in the week.

Homicide Squad Detective Inspector John Potter said the victim was chased and assaulted in an “apparently random attack” as she walked to work about 5.30am.

Mr Miller was allegedly captured on closed-circuit television footage hours before Ms Lau’s death, walking along Swanston Street towards the Carlton Club hotel on Bourke Street about 1.50am on Saturday.

Scott Allen Miller appeared in Batemans Bay Local Court on Tuesday after he was arrested in relation to the death of a woman in Melbourne on Saturday.

Mr Miller was apprehended on Monday after a warrant for his arrest was issued in Victoria following the death of the 32-year-old Chinese national in Melbourne’s Kings Domain.

Mr Miller was led into the court in handcuffs, appeared alert, and had his long hair tied in a small bun at the back of his head.

He did not apply for bail.

He conceded to the court that he was the man named in the details of the warrant.

Magistrate Doug Dick approved the extradition of Mr Miller, who is to be remanded in the custody of two Victorian Police officers, Nathan Toohey and Luke Farrell, from the St Kilda Police homicide squad.

He is due to appear in the Melbourne Magistrates Court on July 2.

Batemans Bay Local Court confirmed Mr Miller had not yet been charged at the time of his court appearance.