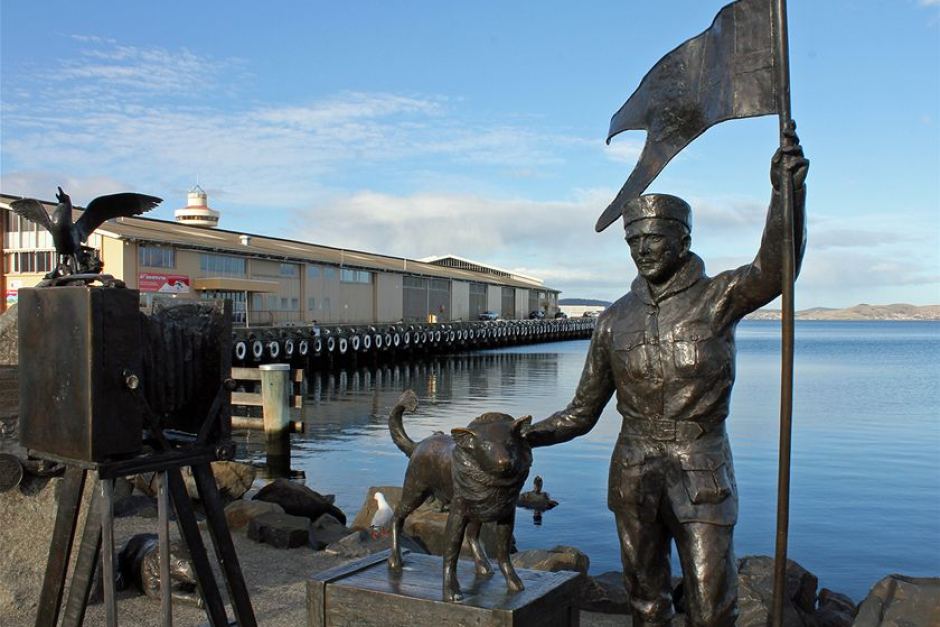 Photo: The artist was happy for the public to sit on his sculptures. (Carol Raabus)

Walker was a sculptor for more than 60 years.

He created dozens of sculptures, which are dotted around Tasmania and interstate, many in bronze.

The works captured Tasmania’s connection with the sea, nature and Antarctica.

Four are listed on the national heritage register.

Former head of the Australian Antarctic Division, Jim Bleazel, travelled with Walker to Antarctica several times and collected his sculptures.

He said Walker was pleased with how the members of the public interacted with his sculpture of Antarctic explorer Louis Bernacchi at Hobart’s Victoria Dock.

The sculptor was happy for people to sit on his artwork.

“We had two dogs that infants can sit on because they’re laying on the ground and one that’s standing, which bigger children can sit on,” he said.

“In fact, adults can even sit on Bernachi’s shoulders.

“He thought of that… ‘I’ll make it strong enough so they can all use it’. He called it ‘loving it up’. He thought all statues do better if they’re loved up a bit.”

Walker moved to Hobart from Victoria in 1948.

He was awarded an Order of Australia in 1985.