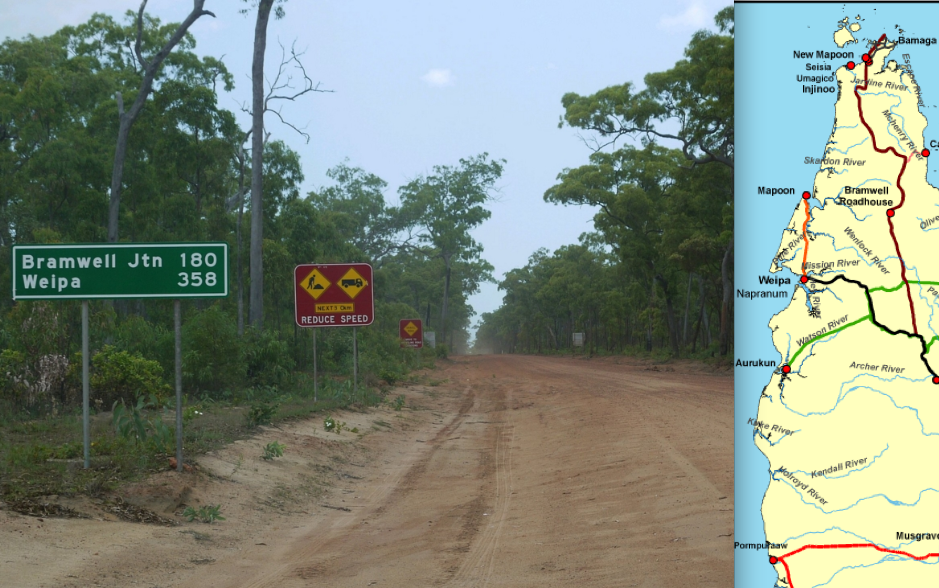 How to spend $210 million on Cape York infrastructure

A COMMUNITY taskforce must choose between three options for how best to spend $210 million on Cape York infrastructure projects by the end of a meeting today.

The 20-member Cape York Infrastructure Package Taskforce will compare various road upgrade options and infrastructure scenarios at their Cairns meet, which aims to develop a business case for the Commonwealth package.

The funding deal, announced in January by then acting Prime Minister Warren Truss, is designed to upgrade key routes to Cape York’s economic heart, Weipa, based on the premise that improved accessibility would underpin future tourism, mining and agriculture ventures.

Upgrading and totally sealing the 570km, regularly-flooded Peninsula Developmental Rd – the main transport link between Cape York Peninsula and the rest of the country – is regarded as a prime focus for the funding.

“The first option is to invest in a mix of infrastructure projects across communities, the second is to focus the money purely on the Peninsula Developmental Rd and the third is to put it into the PDR as well as some additional supportive infrastructure off the PDR and into communities,” he said.

He said the first option included upgrading access roads and wharf and water infrastructure and some bridge developmental work in Cape towns, and all options would focus somehow on connecting communities like Aurukun, Mapoon and Bamaga.

“It’s very important that we work towards a good balance between getting a very strong step forward on the PDR and improving access into these communities,” he said.

“There are very few other communities in Queensland isolated for six months of the year.

“This investment is groundbreaking in breaking that isolation and also helps address the deficit of other basic but critical infrastructure that people experience in other parts of Queensland.”

But whichever option is chosen, Dr Dale said there was a consensus the investment should act as an “economic enabler” for Cape York.