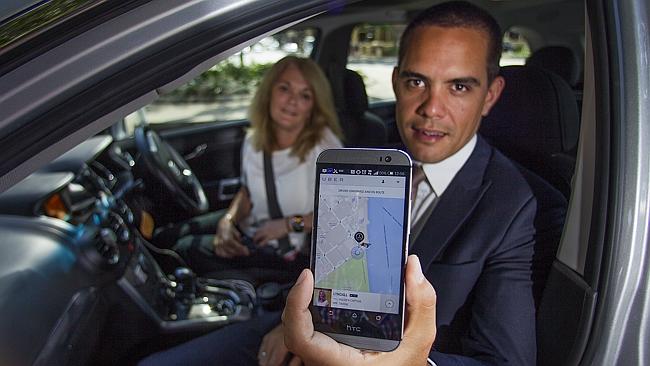 PHOTO: Uber and other ride-sharing services will be legally able to enter the Canberra market from October 30.(Reuters: Kai Pfaffenbach)

Uber and other ride-sharing services will be legally able to enter the Canberra market from October 30 after reforms to ACT legislation.

The ACT Government said the territory would be the first jurisdiction in Australia to regulate ride-sharing before services like Uber entered the market.

In other states and territories authorities have cracked down on Uber, with drivers facing fines and registration suspensions.

They claimed without changes to legislation, services like Uber would have an unfair advantage over traditional taxis.

Today, the Government said the changes to legislation would also reduce costs for the existing taxi industry, ensuring they remained competitive.

A new Transport Booking Service will replace Canberra’s traditional taxi network, and will cover services like Aerial (the company in charge of Canberra Cabs), Uber and goCatch.

But the legislation will also allow accredited taxi and hire car drivers to carry passengers through services such as Uber, if they and their vehicles meet certain conditions.

That means on-demand drivers could have access to multiple modes of business, from traditional taxi rank and hail work, to ride-sharing and third-party taxi-booking apps.

Though, the ACT Government said Uber and other ride-sharing services would have to meet certain conditions in the Canberra market, prioritising safety through car inspections, driver assessments and driver medicals.

Appropriate compulsary third-party (CTP) and property insurance would also be required to be in place.

As well as having a zero blood alcohol level and being drug-free, Uber drivers would be unable to collect passengers at traditional taxi ranks or stop in taxi, bus or loading zones.

The ACT Government said there would be no changes to the booking system for the wheelchair accessible taxi service or the Taxi Subsidy Scheme.

Canberra has set the tone for the rest of Australia: Uber

Two services will be offered by Uber in Canberra – UberX and UberBlack.

UberX is a budget service using everyday drivers in their own personal cars, while UberBlack is serviced by professional chauffeurs in a black car.

“What we’re seeking to do here is to improve transport services in Canberra… the expectation from where Uber has entered the market elsewhere is about 20 per cent cheaper than taxi fares in those cities where they are operating,” he said.

We’ve been calling for over a year now for regulations to be put in place… Unfortunately Australia’s been pretty slow with it, but Canberra has set the tone we hope spreads across Australia.

He said the new regulations would to provide a level playing field for ride sharing services and existing operators like taxis and hire cars, by reducing licence fees

“We’ve certainly sought to achieve that… to give big, big reductions in fees to existing operators in the taxi and hire car industry, in order to prepare them for what will be the influx of a range of new providers,” he said.

“We’ve been calling for over a year now for regulations to be put in place… we expect to be regulated and we want to see regulations that enshrine safety standards, vehicle inspections, insurance,” he said.

“We’ve been bringing examples of that from other part of the world . Unfortunately Australia’s been pretty slow with it, but Canberra has set the tone we hope spreads across Australia.”

He said the ACT Government had provided the right framework for Uber to operate in Canberra.

“The emphasis is on making sure the drivers have appropriate background tests done, the vehicles are inspected and there’s insurance in place,” he said.

“And then there’s really not much more to it. Then they let the platforms innovate and provide different levels of service.”

Other states and territories around Australia have taken a less welcoming approach to Uber.

This month Roads and Maritime Services in New South Wales cracked down on Uber drivers, issuing registration suspensions and fines.

Liberal Democrats Senator for New South Wales David Leyonhjelm said the move to legitimise Uber in Canberra made the NSW Government look like “a bunch of slack-jawed banjo-playing yokels”.

“This is a serious issue for our tourism industry, and they make the rest of us look the same way,” Senator Leyonhjelm said.

“The cancellation of Uber drivers’ registrations in NSW is disgraceful. Uber drivers have demonstrated they can do a better job of transporting people than NSW Roads and Maritime Services. Personally I would prefer that RMS was abolished.”

Senator Leyonhjelm said the extravagance of politicians had outraged many people this year and Prime Minister Malcolm Turnbull should to show his commitment to fixing parliamentary expenditure problems by allowing politicians and staffers to claim Uber fares.