Can glamour franchising save Byron Bay? 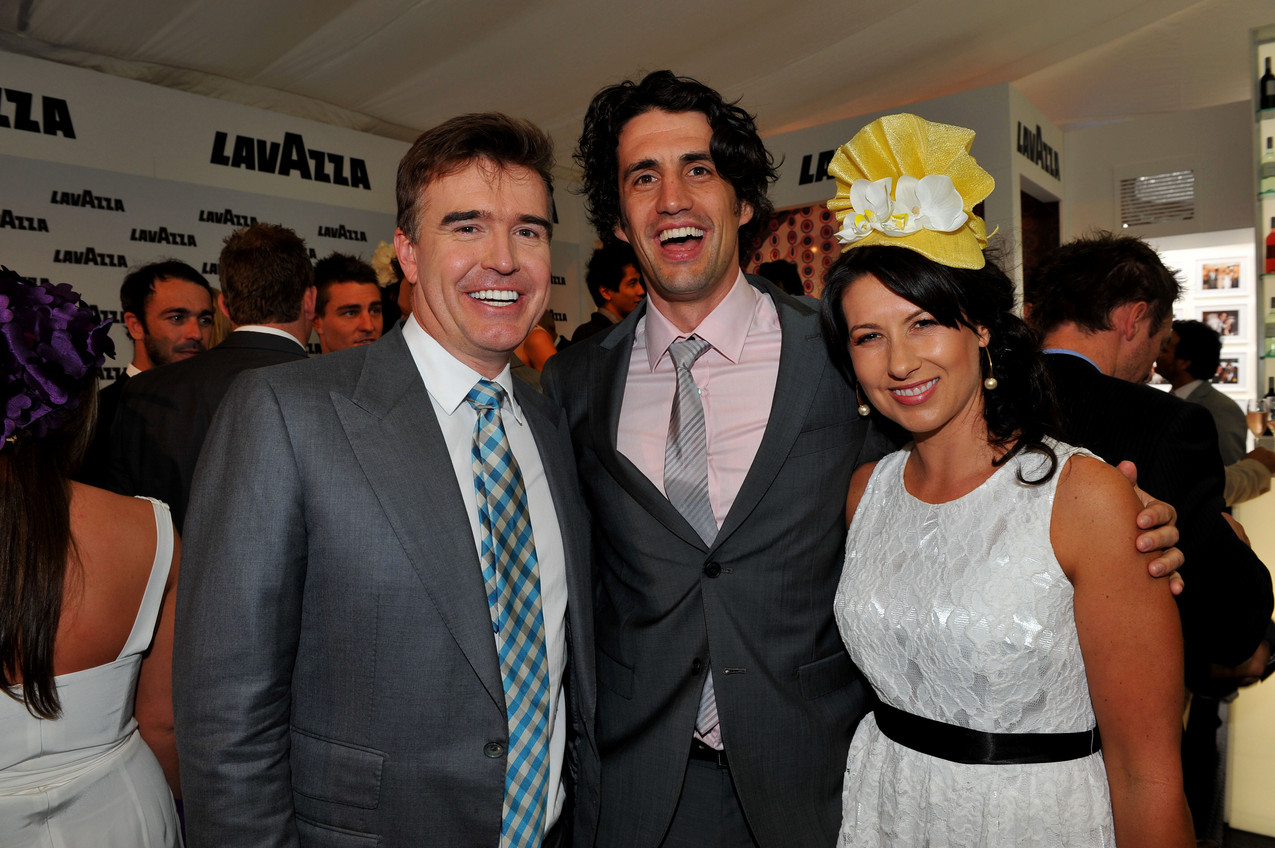 Image: Byron Bay Cookie Co Chairman Gordon Slater and Director Jacquie Schurig with comedian Andy Lee at the Melbourne Cup. The media darling of the Australian food service industry, Byron Bay Cookie Co., are in a spot of bother as they’ve reached into franchising. The ATO is seeking to wind up the 20 yo business, and all signs point to Payroll Tax as Byron’s Achilles’ Heel.

The Byron Bay Cookie Company has been hit with court documents filed by the Australian Tax Office seeking to wind up the 20-year-old business.

The Deputy Commissioner of Taxation lodged documents against the gourmet biscuit producer last Thursday (28 February) in the Federal Court. It is unclear how much the company, owned by Slater International, owes the tax office.

“We’re fully aware of it and attending to it,” said the company’s director, Jacqueline Schurig. “We fully expect to keep operating still through this year,” she said, however she refused to reveal the extent of the company’s debts.

Just two days before the wind up was sought, the Byron Bay Cookie Company announced plans to take their franchising model global. They have six shops, including in David Jones’ food halls in four cities around Australia.

Slater International’s chairman, Gordon Slater, said in a company statement at the time: “After the success of our existing retail stores, we thought the timing was right to extend our retail footprint in Australia and abroad.”

The company continued to spruik franchising opportunities on its Facebook page after the tax office’s moves, posting links as recently as Tuesday afternoon.

When questioned about the timing of the franchising announcement, Ms Schurig said: “The court notice has been issued to only the manufacturing arm of the company, so it has nothing to do with the franchising aspect.”

The company has listed its business for sale to prospective franchisers prepared to make an investment between $125,000 – $145,000.

The company is basking in Oscar glory after its gluten-free sticky date and ginger flavour treats were selected for the Academy Awards Red Carpet Celebrity Luxury Lounge goodie bags worth $US47,800 each.

The cookie business, with a reported annual turnover of $13 million, has partnerships with Qantas Airlines, Virgin Australia, Tiger Airways and Strategic Airlines.

It claims to bake over 60 million cookies a year and sold in 40 countries.

In an interview with Food Magazine in February this year, Gordon Slater hinted at the financial challenges presented by the Australian dollar and the payroll tax.

“With the high Australian dollar, and without very much productivity growth all of a sudden we’re not as competitive from an export point of view,” he told Food Magazine.

“Payroll tax is another challenge – I was over in Europe recently and they laugh at our payroll tax. They say ’We want to employ people, we’ll give you a grand if you will employ these people for us!’ and we’re kind of crazy in Australia – we’re creating a situation where it’s difficult to employ people.”

The company’s external accountant, Gromek Charles, based in Belmont, refused to comment on its financial woes.

The matter will be heard in the Federal Court on April 12.