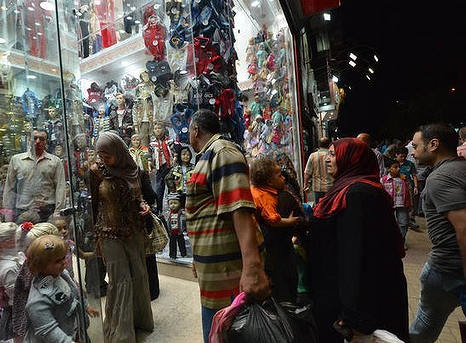 Cairo’s retailers are not happy about the Egyptian Minister of Trade and Industry Hatem Saleh’s plan to increase productivity and save $6b p/a in energy by restricting night trade.

Buying a pair of trousers at one in the morning has never been a problem in Cairo, but a new government proposal to slash trading hours could effectively pull the plug on the city that never sleeps.

Minister of Local Development Ahmed Zaki Badr has warned that the government is considering legislation that would see shops close at 10pm and restaurants at midnight. “Tourist establishments” with a special licence such as hotels and bars, would be exempt.

The proposal aimed at saving electricity and increasing productivity, which could come into force at the end of the month, has sparked heated debate, some self-examination and much mockery.

“It will never work. This is Egypt, we stay up late, we’re up all night,” said Mohammed Mohsen, 38, a parking attendant on a busy Cairo shopping street. “I’m sure there are better ways to save electricity.”

Cairo, with its all night traffic jams and buzzing nightlife, was named the world’s “most 24-hour city” in a 2011 study by the social networking site Badoo.

Minister Badr said that as well as saving energy, it would help the workforce become more productive.

“People have to go to sleep so they can work the next day. We’re not telling people to go to bed at sunset,” Badr said in a phone interview with the private ONTV satellite channel.

Seemingly exasperated by the criticism, he asked: “Is there any country in the world that stays up all night?”

The government said it had consulted governors, shop owners and chambers of commerce across the country who all agreed with the proposal.

But the Federation of Egyptian Chambers of Commerce (FECC) says more consultation is needed and has called for an urgent meeting next week to discuss the issue.

“It will save energy, it will make the streets calmer, people will go home and rest, (street cleaners) will be able to clean up,” Badr said.

“It’s all logical and reasonable,” he insisted.

“It’s a stupid idea,” said Ahmed Farrag, a waiter in a Cairo cafe. “Most people start coming to these coffee shops at around 9pm. What are you going to do? Kick them out? How is anyone supposed to make money?”

Like Farrag, many who work evening shifts to supplement a low-paying day job have the most to lose. The longer the cafes stay open, the more money they make, particularly from tips, he says.

Around him, about a dozen people gathered to offer their own energy saving tips to the minister.

“He should shut down half the street lights,” said one. “He should turn off the electricity from two in the morning to six in the morning,” said another under a forest of flickering billboards in Cairo’s Downtown neighbourhood.

“They want to turn us into Switzerland overnight,” said Ahmed Mahmoud, 63, laughing at what he called “a silly idea” as he was out buying shoes. “What next, they’re going to give us sleeping pills to make sure we’re all in bed on time?”

Some see it as the first indication that the Islamists in power want to impose their strict mores on the rest.

“So first they will tell us we can’t stay up late. Then they’ll tell us we (women) should stay home. It makes me nervous” said Sherine, a mother of two.

But lifestyle is not the only concern. Many, particularly women, object to the shopping curfew for safety reasons.

The 2011 revolution that ousted Hosni Mubarak and brought the Islamists to power battered the country’s economy and saw a spike in crime and security related problems.

“I would be scared if the streets were dark and quiet,” said Raja Kabil, 36, an interior designer from Cairo. “We all run many errands at night and I feel safe because there is so much life around.”

“In touristic governorates like Aswan and Luxor, the tourists spend most of their day in the museums and visiting sites, now the shops will close when they start doing the shopping,” he said.

But others do see it as a step towards a more disciplined and more productive society.

Ihab Mohammed, 41, who manages a shoe shop on Cairo’s busy Shehab street, fully supports Badr’s proposal which he says would reduce his 13-hour shifts, allowing him more time with the family.

“I come in at 10 in the morning and stay until the last customer leaves… I’d like to go home at 10 pm, see my children and my family,” he says.

A law would eventually change people’s attitudes, he believes.

“People will have to respect it, they will know they have to shop earlier.”