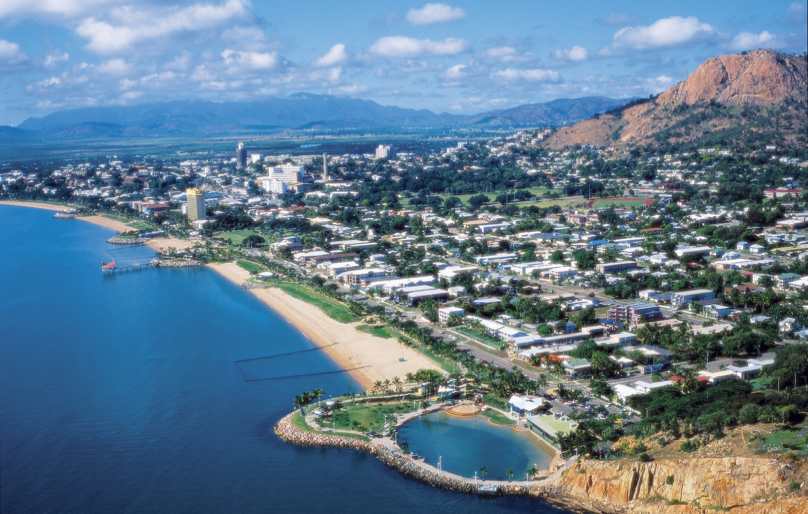 TTN: News Ltd’s Cairns Post is talking down Townsville’s flattering inclusion in the new Lonely Planet guide, opting to flare rivalry between the north Queensland cities rather than work together as a region to attract tourists.

The marina photo below was The Cairns Post’s featured photo of Townsville. The News network includes the Cairns Post, Darwin, Adelaide and Perth’s major metro news sites, plus major sites in Melbourne, Sydney, and across the world.

Why tourists bypass Townsville on route to Cairns SKIPPING IT: Lonely Planet might like Townsville, but everyone knows Cairns is where tourists really want to go. Queensland Travel.

TOWNSVILLE is “often bypassed by visitors” according to the latest Lonely Planet guide to Queensland.

But the authors of Lonely Planet Queensland & the Great Barrier Reef say that tourists using Townsville as a pit stop to other places could soon become a thing of the past.

The new Lonely Planet Queensland & the Great Barrier Reef guide includes an entire chapter about why tourists should include Townsville on their travel itineraries.

COULD EBOLA LAND AT OUR AIRPORTS?

While conceding that Townsville is just a stop on the way to other attractions, the guide states that the region has “a surprising number of attractions”.

“A palm-lined beachfront promenade, graceful 19th-­century architecture and a host of cultural and sporting venues and events,” it reads. SKIPPING IT: Lonely Planet might like Townsville, but everyone knows Cairns is where tourists really want to go. Cairns Esplanade Lagoon. Picture: Mclean Stewart

Magnetic Island snorkelling is featured as the No.2 attraction in the “What’s New” section.

In the “Regions at a Glance” section, Townsville to Mission Beach is praised for its coastline, nature and architecture.

Outside of the city but in our backyard, the Great Barrier Reef (first) and Hinchinbrook Island (11th) also rank in the top 15 experiences and destinations chosen by the guide book’s three authors.

Townsville Enterprise Ltd (TEL) has recently released its “Townsville North Queensland, Alive with Curiosity” brand as well as its Destination Tourism Plan in a bid to increase tourism in the region. SKIPPING IT: Lonely Planet might like Townsville, but everyone knows Cairns is where tourists really want to go. Cairns Esplanade Lagoon. Kailey Rowlands, 28, from Vancouver, takes time out to cool down at the Cairns Lagoon.

“It’s about creating awareness that Townsville shouldn’t be a place to bypass,” she said.

“They use the word ‘surprising’. That’s on the message from the research that we have done.

“We believe in the product here, but we do need support.”

“We need access into natural attractions to ensure people don’t bypass us,” she said.

WHAT DO YOU THINK? IS TOWNSVILLE BETTER THAN CAIRNS? LEAVE YOUR COMMENT BELOW.