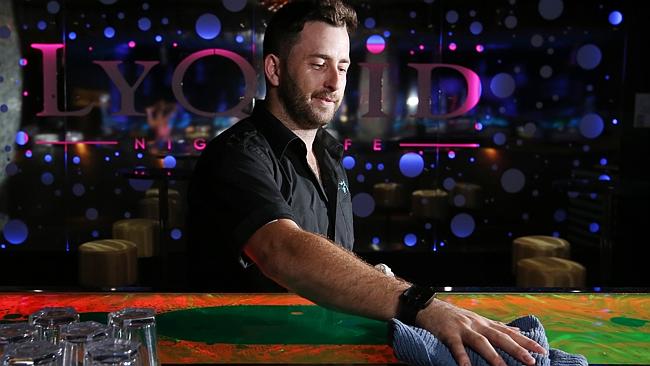 Councillors yesterday voted to write to the State Government and oppose Lyquid Nightlife’s application for a 5am licence on Friday and Saturday nights.

The newly refurbished Spence St nightclub opened in mid-August and general manager Jarrod Searle said it had been a long and expensive process to get to this point.

“I’m a little bit surprised by council but there are a lot of things that they’re saying ‘no’ to,” he said.

“I don’t think they have a vision of where Cairns is going in the future and how to make Cairns stick around for the future with more events and new venues.”

All matters were carried as recommended by council departmental staff.

“We had a rap band at Fogarty Park. There will not be more down there,” Cr Manning said. “There are hotels down there like the Pacific International, the Shangri-La, the Mantra, Hilton, Harbourlights, the whole nature of the CBD is changing.

“We don’t want to start whacking on things like a rap dancer in Fogarty Park that prevent people getting to bed while the windows are shaking.”

However, Douglas Shire Mayor Julia Leu is eyeing opportunity as a result of the move, and is poised to pounce on parties pushed out of Cairns.

“If you want a vibrant tourism industry the last thing you want is for the place to be dead as a doornail after 10.30pm, that’s way too early for most people who want to enjoy a night out,” she said.

“We are taking a planned approach to encourage as many events as possible here and to create a vibrant music scene that keeps visitors coming back.”

She said if Port Douglas had the infrastructure it would welcome AJ Hackett’s Illuminationevent, which Cairns Regional Council rejected last month.

Lyquid Nightlife’s 5am party application will ultimately be decided by the liquor licensing division.

The division’s executive director Michael Sarquis wrote to council advising that it, “cannot rely on statements that merely indicate the council does not support or objects to the application”.

“The safety procedures we’ve put in place are above and beyond what we need to demonstrate to licensing and police and all of that. We’d be able to responsibly stay open until 5am,” he said.

“We only trade from Wednesday to Sunday until 3am and unlike pubs we’re not open at midday and we don’t serve food, so we’re disadvantaged as a nightclub because we can only trade for a short period.

“(Fortunately) dealing with Liquor Licencing is really easy. They work hand-in-hand to help us improve our safety of the business and assist us in getting us to the standard we need to be.”

Four late night venues in Cairns – The Woolshed, Velvet Underground, Heritage and Gilligan’s – are permitted to trade until 5am, but only on Friday and Saturday nights.

“It’s definitely great to have a late licence. It makes the place more vibrant,” he said.

“As long as everyone plays within the liquor licensing rules and it’s a safe night out for everyone, then I don’t see the issue.”