Cairns Council caught with hand under the table 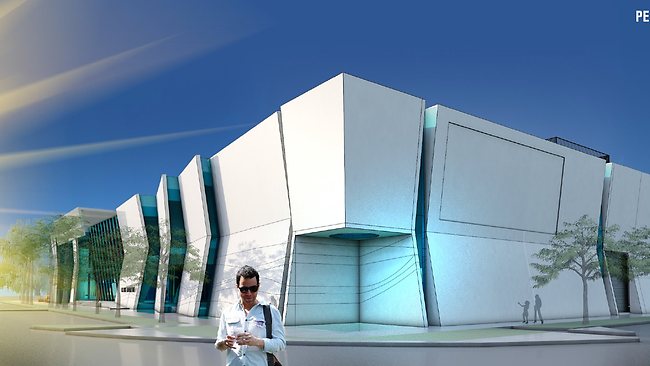 DESIGN: An artists impression of the proposed Cairns Aquarium. Picture: Supplied
TTN: A major attraction’s development was approved by Cairns Council even though the Council’s required 114 car spaces aren’t planned for in the developer’s drawings. Now the council is asking for $3m from the developer to take care of parking. So why were plans that only allowed for 38 spaces approved?
On 10th March ABC Radio broadcast a story about the cost of Sydney CBD parking costs being double that of the CBD of Boston US. That story is not visible online at 8.27 am 10th March. SOMETHING is smelling a little fishy.

Just as the ink had dried on Cairns Regional Council’s approval of the $35 million Cairns Aquarium, came the catch.

The council ordered developers to pay them, ahem the constituents, $3 million towards parking provisions in the CBD.

According to the latest on this issue in The Cairns Post, the council has identified the lack of available parking spots read none at all planned for by developers in tandem with the project as a big problem.

As a result, the council has come out, guns blazing, and tasked developers with providing the 114 car parks or pay the council more than $3 million (cough, money grab) for the parking shortfall. Where the council says 114 parking spaces are needed, aquarium developers say a traffic study has revealed only 38 spaces, mainly for staff, are adequate.

So for now, despite the development tick of approval, a Mexican stand-off of sorts has begun.

Although with aquarium chief executive Daniel Leipnik saying they will “do everything we can to try to mitigate the parking aspect”, it’s more like a water pistol stand-off.

This $35 million project is slated for completion by 2016, bringing with it an exciting, new attraction for locals and tourists, along with education and research.

It will also give the local economy a boost a statement, which doesn’t mean all that much to the average punter but usually leaves governments, tourism bodies and businesses pretty chuffed.

Cairns Aquarium developers have dedicated every spare scrap of the site to the attraction, leaving no available space for car parks, reasoning the CBD plot is within walking distance for tourists.

It’s a fair point, considering the majority of our hotels are couched within this city. Tour buses will also service the aquarium, leaving a parking question mark over locals and self-drive visitors.

Car parks are not common in aquariums. Reef HQ in Townsville and Sea Life Melbourne Aquarium do not have on-site parking, with Mr Leipnik saying “no other aquarium in the country has parking on-site”.

Despite this precedent, a council has the right to demand parking spaces of a proposal and it is common that a council stipulate as such in its conditions.

Mr Leipnik doesn’t agree, being quoted as saying the responsibility of car parking is the council’s.

He added: “We’re providing a major attraction and creating a lot of jobs and additional reasons for people to come to Cairns, so we feel like we’re doing our bit to bolster the economy.”

It seems extreme when the only two options for the aquarium that developers provide the 114 car parking spaces, despite the council approving a proposal they knew did not allow the space for parking, or face an exorbitant $3 million for council to provide parking could also mean the demise of the project.

With no available space on the site, the aquarium developers have been backed into a corner to either change plans that have just been approved or face the $3 million council imposition, which Mr Leipnik says they cannot afford.

This $3 million would go towards the creation of a new carpark, but would this carpark be used exclusively by aquarium visitors?

And will aquarium developers have the right to collect parking costs and infringements if they “buy” these $3 million parking spaces? I would guess not.

Mayor Bob Manning has defended the move, saying it is appropriate for parking requirements to be applied, all the while pledging support for the aquarium.

He says: “Any developer would like to have a significant concession given to them, but one man’s concession is another’s expense and that has to be balanced up.”

He’s right. The council has a duty of care to implement the correct infrastructure to support a proposal.

But with approval already in place, the aforementioned precedent that no other aquarium in the country has on-site parking and the fact it will give this region a major economy boost, now is not the time for a money grab but compromise from both sides of the fence.