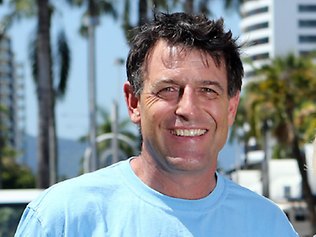 PICTURE: Dominic Davies is the owner of Cairns’ famous Woolshed venue, and is the Cairns Liquor Accord spokesman.

TTN: Cairns hospitality operators have managed to avoid lockouts as part of the towns’ alcohol management strategy by securing venues against individual offenders.

Cairns Liquor Accord spokesman Dominic Davies has said that the local industry has been able to reduce incidents, and so asks “why should everyone have to pay for less than 1% of people who play up?”

More than 30 troublemakers banned from Cairns pubs and clubs

MORE than 30 troublemakers have been banned from Far Northern pubs and clubs and more are likely to follow as authorities crack down on booze-fuelled offences.

Cairns’ licensed venues have applauded new moves by the State Government to curb incidents within the CBD, sharing their relief that early lockouts or closures would not be implemented as part of the Safer Nights Out Strategy.

It comes as The Cairns Post has obtained figures showing how many people have been recently banned from local establishments.

A further six people have been banned under Cairns’ Liquor Accord restrictions, which prevents their access to venues which are aligned with the CBD accord group.

Efforts are currently underway to incorporate all local accord groups, which would effectively expand the banning area to further reaches of the city, including Edmonton and Gordonvale.

Sen-Sgt Hunter said the group included both men and women and incidents ranged from public nuisance type offences, through to assault and people could face bans based on incidents which happened both inside venues and in their immediate vicinity.

He said since the start of the year City Beat police had also seized and disposed of 787 litres of beer, wine and spirits.

“The banning of these people should be a warning to others if they wish to misbehave in the CBD, they will be dealt with accordingly,” he said.

“This is the latest focus as part of an overall CBD policing strategy.”

Cairns Liquor Accord spokesman Dominic Davies said the introduction of ID scanners within each of the state’s new Safe Night Precincts, which includes the Cairns CBD, would have the “biggest impact” of the entire strategy. He said the government had targeted the problem appropriately and any introduction of early lockouts would have created “mayhem” in Cairns.

“I think that would have been counter productive,” he said. I ask the question, that while the industry have been able to reduce the amount of incidents, which should everyone pay for less than one per cent of people who play up?”