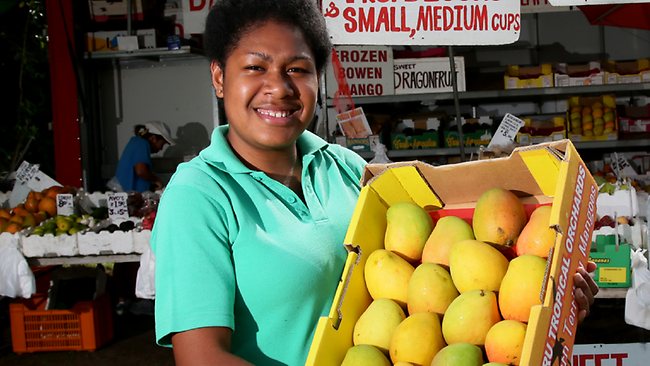 CREATING a tropical food destination to rival France’s Provence or Tuscany in Italy is part of Tourism Tropical North Queensland’s strategy for growth.

Food tourism is one of 129 action items on a 20-year plan, dubbed Destination Success, launched by the State Government this week.

Tourism Minister Jann Stuckeysaid creating distinct regional “taste” destinations by highlighting the diversity of regional food and wine experiences was one and the other was further tapping into the “enormous potential of China”.

“We are more than just throwing a prawn on the barbie,” Mr de Waal said. He said the Far North had a wide variety of fresh, quality produce, seafood and exotic tropical fruits, as well as innovative chefs.

“If we look at food experiences, we can really shine,” Mr de Waal said.

He said food and beverage were ranked in the Top 5 by tourists, with food tourism and China going hand in hand.

Mr de Waal said Chinese visitors were intrigued and wanted to know about, touch and feel the region’s produce.

He said the Chinese visitors are just overwhelmed by the fresh fruit, vegetables and meat at our supermarkets.

Mr de Waal said the natural, clean environment was a major drawcard, as well as the Reef and rainforest.

“They love blue skies,” he said. “They don’t see blue skies  they have just a grey curtain over their heads.”

“Our region is perfectly placed to offer visitors a unique taste of paradise.”