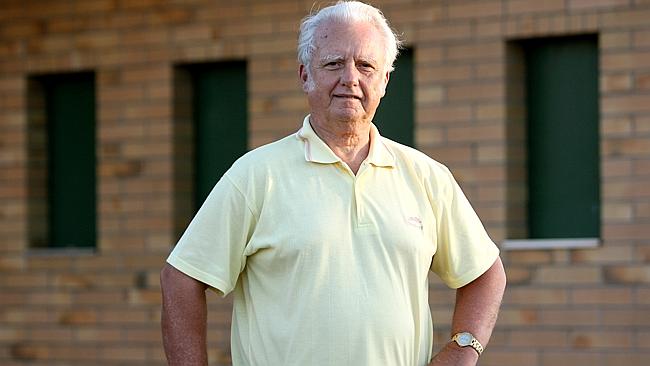 TTN, 15th October 2014: The main opposition to the $8.15b Aquis development near Cairns, Queensland has been silenced, with the previous outspoken President of the Yorkeys Knob Residents Association stepping down from a decade of service. The new President, Barry Neall (pictured) doesn’t believe it’s his “place as president to do that sort of thing, to show favour in any way or the other”. The changing of the guard comes just in time for Queensland’s Coordinator General to make a decision on the project.

Mr Neall concedes that some residents want the project whilst ‘a lot’ are against it – a different conclusion than that drawn by the heavily-publicised polls, including one commissioned by Aquis.

ONE of the most vocal opponents of the proposed Aquis mega-resort may no longer be as vocal.

There has been a changing of the guard at the Yorkeys Knob Residents Association, with president Pam Bigelow stepping down from her role with the community organisation after a decade of service.

The only remaining committee member is Maurice Milliner, who has stepped up as vice-president.

Ms Bigelow has previously spoken out against the $8.15 billion Aquis project, in ­particular out of concern the development would drive up the cost of living in the northern beaches.

The new president of the ­association, appointed on Tuesday night, is long-time resident Barry Neall.

Public consultation closed in August on the Environmental Impact Statement for the proposed development, with 251 community submissions to be assessed by the state’s independent ­Co-ordinator-General.

Mr Neall said the association would weigh up all ­aspects of Aquis, and wait for the Co-ordinator General’s assessment of the development, before committing to a stance on the contentious issue.

“I’ve made it quite clear to people that it’s not my job, or the committee’s job, to agree or disagree with whatever’s happening with Aquis, especially at meetings,’’ he said.

“I’ve got my own personal views on it but that won’t be brought into the equation.

“People can have their say on it, we’ll take the issues up if they arise. I know Pam’s been very outspoken while she’s been in the chair, and that’s her prerogative.

“But my view is it’s not my place as president to do that sort of thing, to show favour in any way or the other.”

A survey, commissioned by Aquis in August, showed that more than 1200 Cairns ­residents overwhelmingly ­supported the mega-resort at Yorkeys Knob.

Of those surveyed, 1.2 per cent had never heard of the project, while 10.9 per cent ­remained neutral.

Mr Neall, who runs the ­online blog Cairnsview and Videonews, said the Yorkeys Knob community remained divided about the project.

“There’s some for it and there are a lot of people against it,’’ he said.

“We’ve just got to wait and see what the Co-ordinator General says about it.”