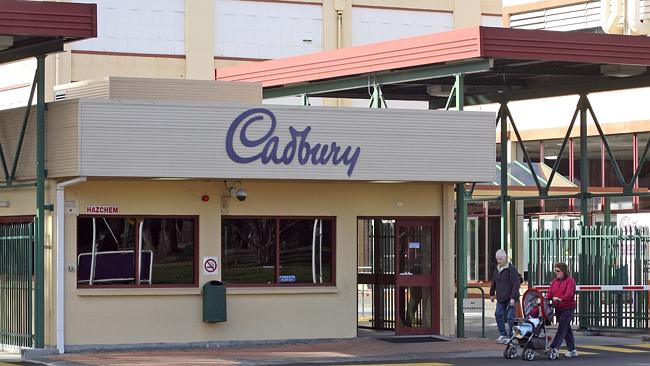 CHOCOLATE maker Cadbury believes it can attract 400,000 people a year to its mysterious proposed visitor centre at the Claremont site in combination with MONA.

A Cadbury spokeswoman said that design work was completed but the company was yet to lodge a business plan with Austrade.

It is more than a year since then Opposition leader Tony Abbott pledged $16 million towards a $66 million project which would create 200 direct jobs.

But the exact make-up of the development remains largely unknown.

The spokeswoman said the $16 million would go towards a “range of project outcomes” including a cocoa growing trial in Northern Australia and increased chocolate production at Claremont.

“How many dollars are being split up between the various projects will be worked out in the finer detail,’’ she said.

Tourism Industry Council of Tasmania chief executive Luke Martin said Cadbury representatives had talked to stakeholders about the project recently and he believed the outcome would be extraordinary.

He said he understood factory tours would aim to give people an immersive experience as to how chocolate was produced.

“What they are talking about is something quite exceptional and different,’’ he said..

“The concept for what they are proposing is really exciting and allow people to really get a sense of how chocolate is produced.

“They will be involved in it, the making, the smelling, choosing their own flavours and get a really hands on chocolate experience and to my mind no one else in Australia has got anything like Cadbury’s and for us be an absolute standout attraction.’’

Mr Martin said the project would be “another Port Arthur or MONA’’.

The development talk coincides with the announcement of a five week shutdown over the Christmas period.

Australian Manufacturing Workers’ Union secretary John Short said the union was in a consultation with Cadbury and was working to ensure that none of the 500 employees had to have time off without pay.

Employees are being urged to take annual leave.

Over the past year the tourism project has been caught in bureaucratic no mans land originally being under the jurisdiction of Infrastructure Minister Jamie Briggs before being transferred to Austrade overseen by Trade and Investment Minister Andrew Robb.

Austrade took several months to develop program guidelines and is expected to provide a recommendation on the project’s value for money to the Minister.

A spokesman for Mr Robb said Austrade was in close contact with Cadbury as they finalise their business case.

“The work is at an advanced stage and we expect to be in receipt of the business case by the end of this month,’’ he said.

In 2012 the State Government and Cadbury negotiated a $400,000 grant towards a tourism attraction on the Hobart waterfront but Cadbury did not proceed.

The Federal Government’s Commission of Audit recommended the abolition of the funding on the basis that there was “no genuine market failure and where benefits accrue entirely to the firm or industry supported.’’

Cadbury parent Mondelez Australia Holdings made a $117 million profit after tax in 2013 from revenue of $1.8 billion.