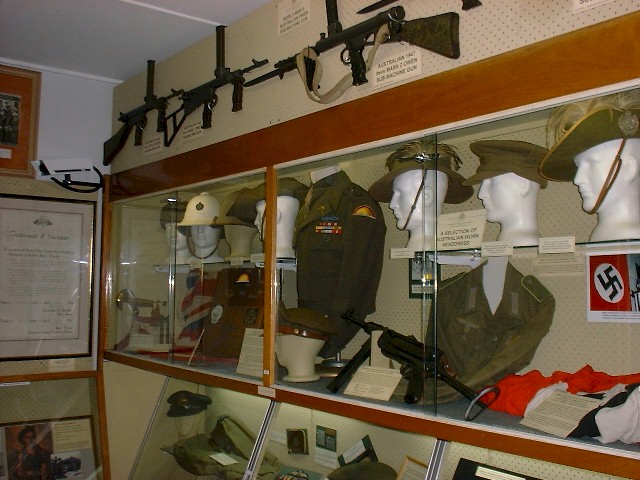 Members of a Brisbane museum housing war artefacts dating back to the Napoleonic era fear it may be forced to close due to financial hardship.

The society holds another 6,500 items in storage, after it was forced to leave its former Victoria Barracks site in Paddington in 1998.

Since then, the group has tried seeking a bigger home for the memorabilia in its care.

“Funding is always a problem for any volunteer charitable organisation,” he said.

“If we don’t get better premises, the collection is going to rot away.

“A lot of the items are 100 years old. They won’t last forever and they need proper care.

“They should be in humidity control and we have nowhere here where we can do any conservation, restoration, preparation for display.

Members are prepared to sell the society’s current building to pay for a new home and have made several unsuccessful bids for other sites over the past decade.

Two years ago, Queensland Museum rejected the society’s offer to take the collection, despite the added promise of about $1.5 million from the potential sale of the society’s current building.

After being approached by ABC News about the society’s future, Queensland Arts Minister Ian Walker said he has asked Queensland Museum curators to reassess the collection.

“The material looks exciting and interesting,” he said.

“It is certainly of a value that we want to have a look at it, we want to size it up and then we can make a decision as to whether any of it can come across into our care.

“You’d be surprised how many requests our museum and our State Library get for collections like this to be handed over.”

Mr Walker says the Victoria Barracks Historical Society may also be eligible to apply for grants under the Federal Government’s Anzac Centenary Local Grants Program, which are available to support projects commemorating World War I.

Queensland Museum is earmarked for expansion in the next 20 years under the State Government’s cultural precinct master plan.