Brindabella’s routes still up in the air 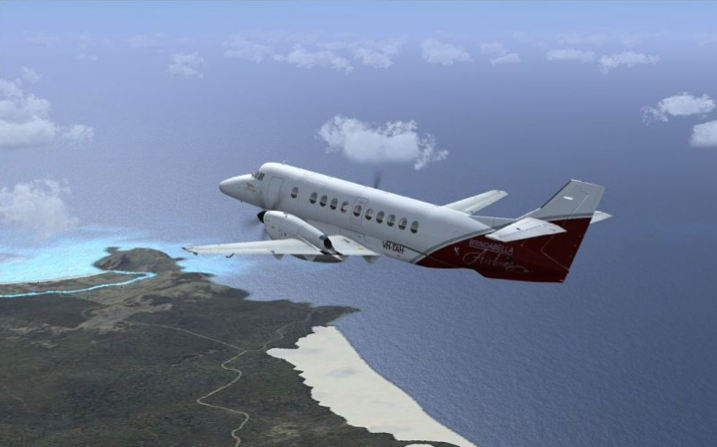 TTN: The Canberra Times implies Brindabella’s employees will not receive entitlements; the Weekend Australian wrote the employees are covered. Meanwhilst ‘five of the state’s (NSW’) 14 monopoly low-patronage routes’ – and the fates of the towns they would service – are still ‘yet to be decided’.

See below; The Australian newspaper’s versions of events followed by The Canberra Times’

“He reiterated that there would not be enough assets to recoup all of the employees’ lost entitlements. ”I guarantee that won’t happen,” Mr Hams said.

Grounded airline had $37m in debts

The administrators of Brindabella Airlines say the regional carrier owed more than $37m when it failed before Christmas and may have been trading whilst insolvent.

Canberra-based Brindabella went into receivership in December, leaving its 140 employees jobless, after the Civil Aviation Safety Authority grounded eight of its 12 planes because scheduled engine inspections had not been undertaken.

Administrators Rodgers Reidy estimated that the five companies associated with the airline had a total debt of $37.7m, including $2.8m owed to staff and more than $10m owed to the Commonwealth Bank.

“Our preliminary investigations into the companies’ financial affairs indicate they may have traded whilst insolvent,” the administrations said in a statement toThe Weekend Australian.

“Any duly appointed liquidator will be required to investigate this further and establish when this occurred. The administrators have lodged a report for each company pursuant to section 438D of the Corporations Act.”

An Australian Securities & Investments Commission spokesman said he was unable to comment on a specific report.

“Generally, the Corporations Act 2001 obliges receivers and managers, and administrators to investigate companies to which they are appointed and to report to ASIC where they believe that company officers or various parties may have breached the act,” the spokesman said.

“If breachers are reported, in the normal course ASIC will assess the reports to consider whether to investigate and possibly take enforcement action.”

Brindabella had operated up to 250 flights a week to destinations including Brisbane, Sydney, Coffs Harbour, Moree, Mudgee and Cobar and had given the right by the NSW government to five of the stat’es 14 monopoly low-patronage routes.

The majority of Brindabella’s aircraft were leased and have been returned to their owners, leaving four remaining planes and some maintenance assets.

The administrators do not expect there will be any payout for unsecured creditors and are recommending that the company be wound up.

If this is accepted at a creditors’ meeting on Tuesday, it will be liquidated by receivers KordaMentha, and staff will be able to access entitlements such as redundancy, leave and unpaid wages under the federal Entitlements Guarantee.

Brindabella had been running into trouble before its failure, attracting criticism in the towns it served for delays and cancellations as well as raising the ire of the NSW government.

The airline was bought more than two years ago by an Australian-registered company, Business Air Holdings, controlled by aviation industry veteran Ian Woodley. Mr Woodley is the executive chairman of Sector Aviation Holdings, which in June 2012 bought the largest airline based in Scotland, BMI Regional, for £8 million. The fate of the NSW government routes is still yet to be decided. Regional Express yesterday said it would not be acting on an interim authorisation to service Cobar and Mudgee because the timeframe was too short.

Rex remains in talks with the towns’ local councils about longer-term plans, whilst Qantas-Link has been looking at applying for the Moree-Sydney route.

Brindabella Airlines owed $37m at time of its collapse

Brindabella Airlines was tens of millions of dollars in debt when it went into receivership, owing more than $10 million to the Commonwealth Bank alone.

On top of this, the administrator has said the company may have traded while insolvent, a civil offence.

New figures issued by administrator Rodgers Reidy show the airline owed creditors $37,697,050. The largest creditor is the Commonwealth Bank, which is owed $10,292,822. The regional carrier went into receivership in December last year, leaving thousands of customers stranded. The airline’s staff were made redundant just two days before Christmas.

The new figures reveal Brindabella Airlines owes its employees almost $3 million in entitlements, an amount the receiver said it would be unable to recover.

KordaMentha receiver Sebastian Hams said that the business had done everything in its power to help the employees get the entitlements they could.

”We’re going through a process whereby we’re selling the remaining assets … which is a process we’re in the middle of,” he said. Mr Hams said the remaining four J41 aircraft were yet to be sold but he expected they would go in the next month.

He reiterated that there would not be enough assets to recoup all of the employees’ lost entitlements. ”I guarantee that won’t happen,” Mr Hams said.

Three regional councils have also claimed the failed airline owes them at least $100,000 each.

The administrator also determined Brindabella Airlines possibly traded while it was insolvent, which carries serious penalties.