Brand your city – or the media will brand it for you 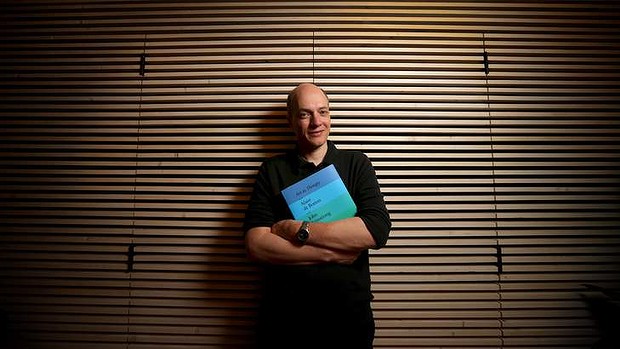 PHOTO: Alain de Botton. The City of Brisbane learned a hard lesson in branding yesterday when world-renowned philosopher and author Alain de Botton branded the city one of of the ugliest in the world. Advertising guru and public education advocate Jane Caro has proclaimed that in publicity, if an original brand is not created, the media will create one for you.

Brisbane’s Lord Mayor has leapt to the defence of his city, after a UK philosopher branded it one of the ugliest in the world.

Ahead of a speaking engagement at the Brisbane Powerhouse on Friday night, world-renowned author Alain de Botton described the River City as suffering “chaotic ugliness”, due to the planning failures of successive civic leaders.

“No one looks at the waterfront of Brisbane, the capital of the Australian state of Queensland, and feels deeply moved by the grace and sweetness of the scene,” he wrote on his site The Philosopher’s Mail.

No one on the planet responds deeply to Brisbane, according to philosopher Alain de Botton. Photo: Glenn Hunt

“While most people find the centre of Paris wonderful and others will delight in the winding streets of Siena, no one on the planet responds deeply to the brutal cross city expressway and chunky stained brown office blocks of the city.”

“GQ Magazine and Lonely Planet got it right when they said that Brisbane is the ‘hippest’ city in Australia,” he said.

“As a city we are distinctively proud of what we are.

“Brisbane truly is one of the few cities in the world that has everything.

Mr de Botton said he believed many other people thought Brisbane was an unattractive city but did not publicly voice their views.

“Even though almost everyone on the planet thinks that either Siena or Paris is delightful and everyone thinks that Brisbane is a bit of a mess, we don’t dare to speak; we are left cowering,” he wrote.

“We feel paralysed – unable to state the obvious. And that’s because we have talked ourselves into the belief that taste is always relative.”

Mr de Botton pinpointed Brisbane’s “chaotic ugliness” as being due to planners not – as they had in other cities he regarded as beautiful – implementing one basic model throughout the city.

“There are many planning restrictions in Brisbane – but they concern health and safety issues: the distance between street lamps, where electrical cables must be located or how tall a building can be,” he said.

“No one worries that that is slightly dictatorial. But the regulations say absolutely nothing about the most important thing: whether a building has to be beautiful or noble or grand or elegant. That is regarded as entirely beyond the range of governmental duty.”

Cr Quirk said rather than taking Mr de Botton’s word for it, people should visit Brisbane to decide for themselves.

“I would encourage anyone who has not yet visited Brisbane to come and see for themselves what a great city it is,” he said.