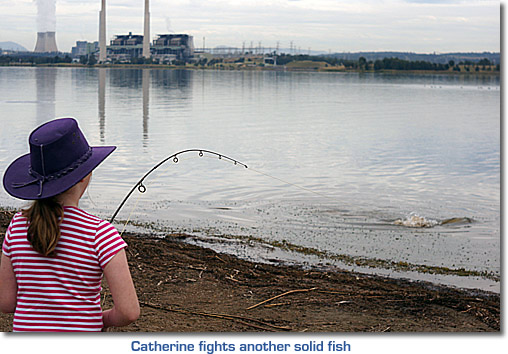 A major tourism lake in NSW’ famous Hunter Valley has been poisoned, resulting in the closure of the lake. Gas corporation AGL, who have a significant plant on the edge of NSW’ Lake Liddell, have closed the lake to swimmers.

The brain-eating virus ‘naegleria fowleri’ was first found in the lake in March 2016, but the park was only closed in August 2016. The virus has been known to kill at least two people in the United states, in North Carolina in June (The Guardian) and in Minnesota in 2012.

The closure is a major blow to Hunter tourism. The lake is located between Muswellbrook and Singleton, two areas well known for controversial mining operations. The area was popular enough to have multiple tourism facilities attached, including indoor skydiving and rock-climbing, plus normal fishing and camping etc.

News of the significant regional closure was not reported in Australia’s financial press, who could reasonably be interested in how share prices may be affected by proof of poisoned waterways on the property which is owned by AGL. The story was also unreported in Australia’s major metropolitan newspapers, even though there has been much city audience interest in the impediment on rural properties by corporations, especially corporations known to have large stakes in government, and especially in northern NSW.

Newcastle and Northern NSW regional television broadcaster NBN news, owned by Nine Entertainment Co., reported the closure only as ‘due to high levels of algae’, which appears now only as three lines of text online.

A HUNTER VALLEY lake has been permanently closed to the public after the discovery of a brain-eating virus.

The closure of Lake Liddell, located between Muswellbrook and Singleton, is to take effect immediately – a major blow to the local tourism industry.

The lake was closed late-March after the virus naegleria fowleri, also known as brain-eating amoeba, was first discovered.

AGL Macquarie confirmed on Friday a subsquent investigation had led the power company to make a decision to permanently close the lake to protect the public health.

“Since closing the lake earlier this year, AGL has been assessing the long term future of public access to the lake,” AGL Macquarie general manager Ian Brooksbank said.

“The decision to close the lake permanently has been a difficult one.

Mr Brooksbank said safety was the company’s highest priority and a thorough risk assessment process had reinforced the decision.

“We acknowledge this decision may be disappointing for regular Lake Liddell users,” Mr Brooksbank said.

“AGL is committed to the safety of our employees, contractors, neighbours and our local community, and the closure assists in limiting exposure to infection from amoeba in the lake.”

“We have been meeting with the Lake Liddell Recreation Area Reserve Trust, Muswellbrook Shire Council and the NSW Government to work through the implications of Lake Liddell’s permanent public closure.”

Discussions with all relevant Hunter Region tourism bodies are set to be held over coming weeks.

While the lake itself is out of bounds to the public, the Lake Liddell Recreation Area is still operational.

“The facility remains open to campers, as well as users of GJs by the Lake,” park manager Ged Elphinstone said.

“We’re very disappointed in the closure of the lake, but it will not stop us from ensuring GJs continues to grow.”