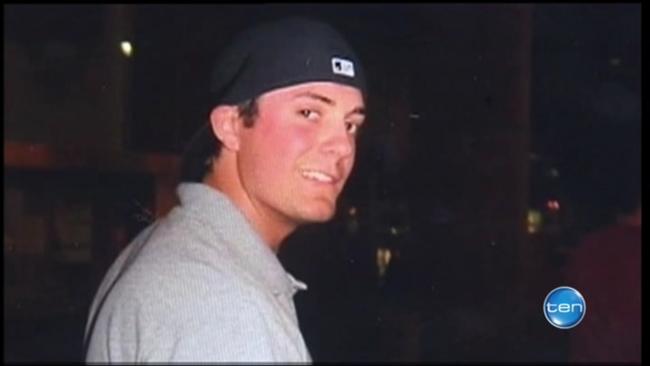 AUSTRALIAN tourists should boycott the US in the wake of the shooting murder of a Melbourne baseball star, former deputy prime minister Tim Fischer says.

Mr Fischer said he was deeply angered by the latest tragedy and said turning our backs on America would help send a stern message about the need for tighter gun control.

Christopher Lane, 22, was randomly gunned down while jogging through the town of Duncan in Oklahoma on Friday afternoon local time.

Mr Fischer, who led Australia’s gun control reforms alongside former prime minister John Howard in 1996, said choosing not to travel to the US would help build pressure on the US Congress to finally act.

“Tourists thinking of going to the USA should think twice,” Mr Fischer said.

“This is the bitter harvest and legacy of the policies of the NRA that even blocked background checks for people buying guns at gunshows.

“People should take this into account before going to the United States.

“I am deeply angry about this because of the callous attitude of the three teenagers (but) it’s a sign of the proliferation of guns on the ground in the USA.

“There is a gun for almost every American.” Meanwhile, Lane’s American girlfriend today revealed her heartbreak at losing her “best friend”, and parents of the accused protested their innocence.

Sarah Harper, 23, also told the Herald Sun that she didn’t know what punishment would be appropriate of the three teenagers, aged 15, 16 and 17 years, accused of Lane’s murder.

It comes as Duncan Police Chief Danny Ford said he had secured the confession of the 17-year-old who summoned investigators to his jail cell and claimed he and the younger boys were bored “so they decided to kill somebody”.

“He said he was the driver of the car,” Chief Ford said.

“They saw Christopher jog by the house they were at, they chose him to be the target, they got in the car, drove up behind him and shot him in the back.

The three teenagers are being held in the Stephens County Jail in Duncan.

The trio were due to appear in a local court over the shooting at 1.30pm Monday (4.30am Tuesday AEST), but it has been pushed back a day.

A spokesperson for District Attorney Jason Hicks said the charges were still being reviewed.

Lane, who grew up in Oak Park in Melbourne’s north, had only been back in the US for three days after an eight-week break in Australia with Ms Harper.

“I don’t want them to have any future that Chris wasn’t able to have as well,” Ms Harper said of the accused teenagers today.

“It’s been pretty rough. It’s been hard knowing he was taken so close to home, let alone taken in the way he was. To be pointed out like that …”

Ms Harper said she and Lane had joked about America’s soft gun laws before he was shot.

She fondly described Lane as a smart, kind and curious guy who would “do anything for anybody”.

Ms Harper, also a talented sportswoman, said she and Lane just “meshed together” within weeks of meeting at college in Oklahoma in August 2009.

“It was more of a personality (we had in common), not so much interests. He was intellectual, into world news, and I found that quite boring,” she said.

“He really wanted to travel more. He loved the idea of seeing the world.”

Two of the accused teens’ parents insist they were not involved in the killing.

“That’s my baby boy,” said the mother of the 16-year-old accused of firing the single bullet from a handgun into the back of Mr Lane.

She doesn’t believe her son was involved in the shooting, saying today he was not a member of a gang and definitely not the one who pulled the trigger.

The father of the 15-year-old accused of being in the car admitted his son had been in some previous “kid stuff” trouble with the law, but described him as a good boy who also was not part of a gang.

“I don’t think so,” the father replied when asked if his son could have been part of the murder.

“Because he’s not the type of person. He likes to wrestle. He’s into sports.”

The two teens have suffered tragic lives, their parents said. The 15-year-old’s mother is in jail. The 16-year-old last year dealt with the death of his stepfather and brother.

The parents of the teens sent their condolences to Lane’s family in Australia and Ms Harper.

“My prayers go out to them,” the father said.

“I have lost several loved ones recently myself. I feel sorry for the individuals and family.”

Chris Lane was gunned down in Duncan, Oklahoma. Source: Supplied

If convicted of first-degree murder, the boys face a maximum sentence of life in prison.

The boys can be tried as adults, but the spokesperson said because they are under the age of 18 they can’t face a death sentence.

Ms Harper today said the accused “will be taken care of eventually”.

Ms Harper said she wasn’t thinking about the killers at the moment.

“I don’t really care what happens to them,” she told the Nine Network.

“I feel that if they don’t get what they deserve now in the present they will eternally.

“They’re evil people and they’ll be taken care of eventually.”

It comes amid claims Lane was the victim of a gang-related drive-by shooting gone wrong.

Outside the court a woman told reporters the three accused teens had a falling out with a fellow gang member.

She told Channel Nine the teens were angry when they set out and wanted her brother dead.

“I guess he has hung out with gang-affiliated people. I don’t know if he’s really claimed it or tried to be like them so that might be a reason why they’re after him,” she said.

However Chief Ford yesterday said the accused “just wanted to kill someone”.

Chief Ford said the three teens had no motive other than to ”make a name for themselves” and were on their way to another house to murder a second, unrelated victim when they were arrested.

Lane’s death a tragedy with no rhyme or reason Lane had been in the US on a baseball sports scholarship with East Central University (ECU) as the team’s catcher.

He was jogging through an area of “high dollar homes” after leaving Ms Harper’s home, when he was followed and shot.

Witnesses saw him stumble across the road and then go down on his knees before struggling to a drainage area at the side of the road.

‘I love you so much’: girlfriend’s moving tribute to baseball star

A woman who came from a nearby house tried CPR while another woman who was in a car stopped and called 911.

The father of baseballer Chris Lane says the murder of his son in a random drive-by shooting is senseless.

Ms Lane said she would come back to Australia to farewell Lane with his family.

“I’m probably going to go back and say goodbye with the people he loved the most,” she said.

“It was a great time getting back there and seeing him in his element with all his favourite friends.

“It’s going to be hard going back but it’s something I need to do.

“Thank you to everyone who supported and loved Chris. I really appreciated it.” Chief Ford said yesterday the attack was not racially motivated.

“It was just three clowns who got together and decided to kill,” he said.

Chief Ford said the police had released the body but was unsure of plans to repatriate Lane’s body back to Melbourne.

He also said the killer left a chilling message on Facebook before the spree – “Bang. Two drops in two hours”.

“I think they were on a killing spree.

“We would have had more bodies that night if we didn’t get them. “Lately there has been some pretty weak motives, but I don’t know that I’ve had one that they told us they were just going to kill somebody.

“I know everybody thinks there has to be a reason, but I’ve been in this business for 30 years and there doesn’t have to be a reason with these kids.

“It is a sad, sad thing what happened with that young man.”

Yesterday, shocked family and friends were trying to make sense of the tragedy.

Peter Lane paid tribute to his son and said the family was still waiting on news from the US authorities regarding the repatriation of the body. “There is not going to be any good come out of this. It was so senseless. There was nothing he did or could have done,” Mr Lane said.

“It’s happened. It’s wrong and we just try and deal with it the best we can.”

Flowers and a baseball were placed on the home plate at Essendon Baseball Club yesterday morning with a message. “A wonderful young man taken too soon,” it read. “Why?”

College friend Marshall Veal added Lane had “brought light to each of us”.

“Lanes would have done anything in the world for all of us and we would do the same, he was a best friend, teammate, and most of all a Brother. We love you Laney.”

Local Bill Renfrow, who lives just metres from the intersection where Lane was shot, said Duncan locals had erected a flower memorial for him at the site of the attack.

“It’s sad to us, more than anything. It’s shocking. He was a visitor in our country,” he said.

“This is a very quiet neighbourhood, there’s never any trouble here.”

Essendon Baseball Club’s match against the University of Melbourne on Sunday will be turned into a tribute to Lane to raise money for the family.