Booze laws kick in just in time for Mardi Gras 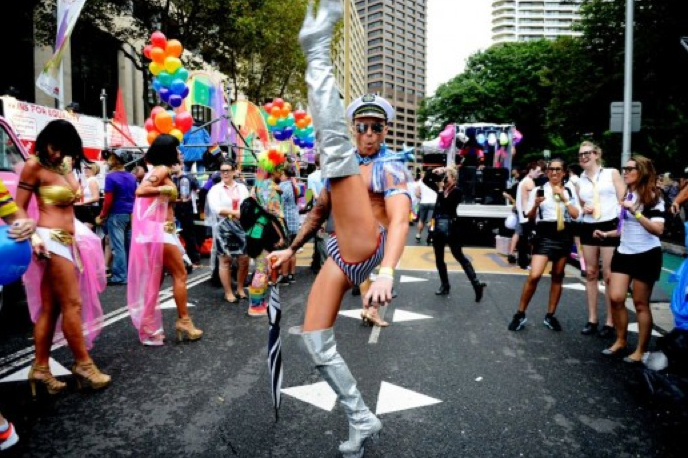 The New South Wales Premier Barry O’Farrell has announced that new alcohol restrictions will come in to force in Sydney’s CBD on the Monday before Mardi Gras weekend.

The annual gay and lesbian parade draws thousands of revellers to the city’s Oxford Street, with dozens of related events taking place over the weekend.

But from February 24, venues will have to stop admitting customers at 1:30am and cease serving alcohol from 3:00am.

Police powers to temporarily ban people from the CBD precinct will also come into force and bottle shops across the state will have to close at 10:00pm.

The changes are part of what is known as the ‘one-punch laws’ which were passed last week to address alcohol-fuelled violence in the city.

It means venue and bottle shop operators have just under three weeks to prepare.

Barry O’Farrell believes sufficient notice has been given about the changes.

“I expect the vast majority of venues to comply with these new rules,” he said.

“Repeated offences can count as a strike towards their removal of licences under the three strikes regime.”

Today’s announcement has come as a shock to the licensee of the Burdekin Hotel in Oxford Street Anna Stillone, who says she was given a mid-March date just yesterday.

She says it is not enough notice.

“How would you like to be told in two weeks you haven’t got a job?” she said.

Ms Stillone says she will have to lay off staff and is anticipating that acts booked for the hotel will pull out.

The Premier says inspectors from the Office of Liquor, Gaming and Racing and Police will be calling at venues to check compliance.

The state member for Sydney, Alex Greenwich, is predicting chaotic scenes with the introduction of stricter operating conditions.

He says it is a rushed implementation.

“A number of venues would have been planning some of their biggest traffic during the Mardis Gras festival,” he said.

“Now what we will have is tens of thousands of tourists locked out from venues left on the street and at times when there is insufficient transport to get them safely home.”

A Sydney court has found police used excessive force against a teenager in a violent arrest at last year’s Mardi Gras.

Jamie Jackson Reed, 18, was accused of assaulting two officers but police have withdrawn all charges against him.

Magistrate Michael Barko told Sydney’s Downing Centre Local Court that the teenager was “brutalised” by a constable who slammed his head into the pavement.

Charges against the teenager were dropped two weeks ago.

“What should I infer?” Mr Barko said. “That the Commissioner wants no further bad publicity?”

The same officer, Constable Leon Mixios, was the subject of a Police Integrity Commission investigation last year, after a separate incident involving excessive force during an arrest.

Mobile phone video footage of the arrest was shown to the court.

The footage, which was taken by onlookers, appears to show an officer throwing a shirtless man on the ground and stepping on his back.

It went viral online after the incident in March 2013, sparking claims of police brutality.

“Under new mandatory sentencing laws, the magistrate pointed out he could have faced up to five years’ jail,” Mr Murphy said.

“Courts tend to believe police officers and that might well have happened to him.

“At 18 years of age in the jail system, his life would have been miserable and different forever.

“He’s been under a lot of stress. He’s been totally exonerated today.”

Police say they are conducting separate internal investigations into the two arrests.

In a statement, they say Constable Mixios is on office duties at Fairfield Local Area Command pending the outcome of the investigations.