Boom brought on by diversification of local economies 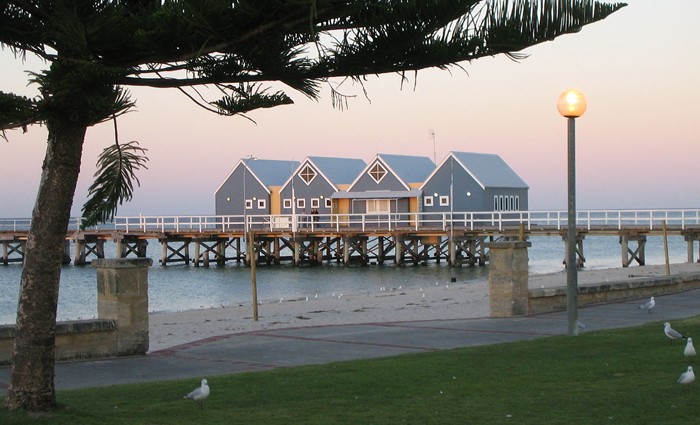 The latest research data confirms our tip, at the start of the year, that Busselton was likely to be a market leader in regional Western Australia.

The Real Estate Institute of WA says the Busselton area has been the state’s best-performing property market over the past 12 months, with almost 500 house sales which lifted the median price by around $25,000 to $450,000.

This is generally in line with price data from Australian Property Monitors, which records double-digit growth in median house prices in several of the suburbs of the City of Busselton, including Geographe, Dunsborough and Quindalup.

Busselton caught our eye because we saw it as part of a national trend. Coastal centres traditionally based on tourism and retirement are diversifying, with greater spending on infrastructure. Cairns and the Sunshine Coast in Queensland and Port Macquarie in New South Wales are other examples.

Chairman of REIWA’s Busselton branch, Joe White, says Busselton is no longer seen as just a “seaside holiday town”. It has experienced growth with young families and FIFO workers choosing to stay “rather than use the market as a stepping stone”.

He says: “The volumes and consistency of non-seasonal sales show the market is alive and building activity is high as the population grows. It’s cheaper to build a new home here than in Perth and the infrastructure gets better all the time, with schools and shops all within proximity to a great beachfront with a village atmosphere.

“The Forest Highway means Perth is now half an hour closer and people don’t mind the two and a half hour drive up to the city on occasions for cultural or sporting events because it’s a small price to pay to enjoy Busselton’s coastal lifestyle.”

It says a lot of about current events in the WA economy that the state’s regional markets showing price growth are all south of Perth, a long way from the key resources areas. Other locations to record growth in the past 12 months, according to the REIWA, are Mandurah, Bunbury and Albany.

At the other end of the scale, markets in significant decline include Karratha and Port Hedland, both places that have experienced exponential price and rental growth in the past, thanks to their links to the resources sector.

Karratha prices are now 40% below the levels of early 2012. Rents have also fallen sharply, so that typical yields are now 6-7%, compared to 10-12% in more buoyant times. In better times, the Karratha market was turning over 50 to 60 properties per quarter, but currently sales levels are around 25 per quarter.

Vacancies went as high as 8%, but have recently declined to around 4%, so perhaps the worst is over for Karratha.

REIWA’s Karratha branch chairman, Richard Naulls, says the market has stabilised since July. With investors no longer interested, owner occupiers are now the mainstay of the market.

“Around 90% of buyers this year have been owner-occupiers, partly due to investors lacking confidence due to the significant reduction in rents, but mainly because housing has become much more affordable,” he says. “With a high number of properties available under $500,000 this stock is moving.”

Naulls says 2015 is likely to be stable, with prices and turnover at current levels.

“If any significant construction or project announcements are made during 2015 there will be a slight increase in prices – but due to the high number of properties for sale and rent, as well as plenty of land, I can’t see prices or rents reaching the previous peaks,” he says.

The REIWA reports a 7.6% decrease in the median price for Port Hedland, although Australian Property Monitors reports a 26% reduction. Both sources, however, record a median price around $800,000. Long gone are the days when the median was about $1.2 million.

Also long gone are the double-digit rental returns. More typical today is 6-7%. Vacancies are above 6% and have been hovering around those levels for almost two years.

The hard reality for Port Hedland is that prices are still too high. Places like Busselton, at half the price, offer far better value and growth prospects.