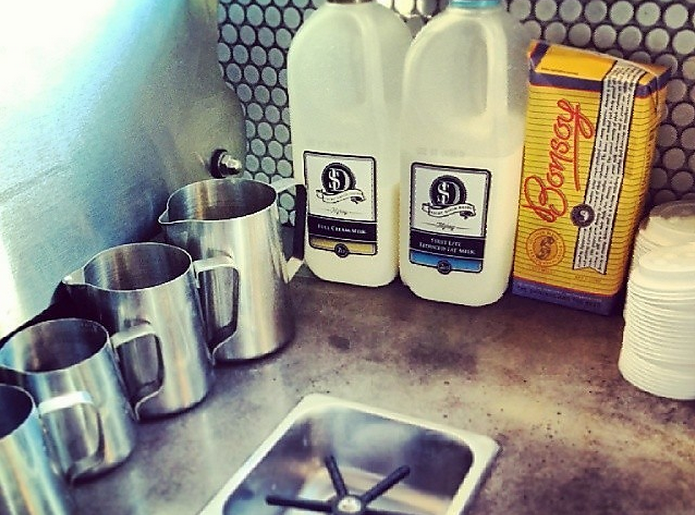 Hundreds of Australians allegedly poisoned by toxic soy milk are set to share in a $25 million settlement, in what is believed to be the country’s biggest ever payout concerning food safety.

About 500 people alleged they suffered health problems caused by dangerously high iodine levels contained in Bonsoy between 2004 and 2009.

It was alleged Bonsoy was reformulated in August 2003 and pure kombu (seaweed) was replaced with kombu powder, which had the effect of increasing the level of iodine.

It was alleged one glass of milk contained 50 times the recommended daily intake of iodine.

“Ranging from lethargy and anxiety from one end of the scale, to very severe episodes that would involve hospitalisation,” he said.

“In some cases people had to have their thyroids removed.

“In a couple of cases women say that they had miscarriages as a result of the excessive iodine.”

Erin Downie from the Dandenong Ranges is lactose-intolerant, and said she increased her intake of Bonsoy while breastfeeding her daughter Mirakye because she was told it would be good for her.

“My hair started to fall out, my gums began to bleed, and I lost all the use of my muscles in my body very quickly and I could no longer lift my baby after about four weeks, so I knew something was wrong.” Ms Downie said.

“I’ve been unable to have more children, which has been heartbreaking for me. I had plans to have more but my health isn’t adequate to be able to carry a baby.”

The Australian distributor and brand owner, Spiral Foods, and Japanese companies Muso and Marusan Ai-Co agreed to the settlement without admitting liability.

It was lodged in the Supreme Court today for approval, with victims expected to begin receiving payouts within six months.

Mr Varghese said it was a warning to all food producers.

“We understand it’ll be the biggest settlement of any food safety class action in Australia,” he said.

“That’s quite important I think, in sending a message to food producers that the class action system is available to consumers to assert their rights if something does go wrong in the production process.”

However, Tom Godfrey from Choice said regulators should have picked up on the breach far earlier.

“The outcome probably says more about the poor business practices and the need for regulatory intervention than it does for more class actions,” Mr Godfrey said.

“While class actions can play a vital role in helping consumers, I think most people find out about these class actions after they’ve closed or settled, which often leaves them without compensation.” 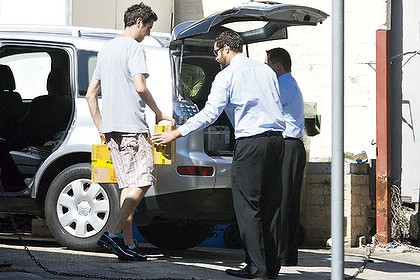 The Sun-Herald witnessed a raid by the NSW Food Authority on Luxe Bakery Cafe in Newtown on Thursday. Inspectors seized several crates of the product after reports the Missenden Road cafe was selling Bonsoy under the counter.

Other inner-city cafes have reported customers demanding they use Bonsoy, despite stringent health warnings.

On December 24 Food Standards Australia warned against drinking Bonsoy after 10 people, including a newborn baby, fell ill with thyroid problems in NSW. A national recall was ordered.

State Primary Industries Minister Stephen Whan said the Government would not tolerate breaches. “Following reports the product was being sold at a particular outlet, the NSW Food Authority immediately responded with an investigation of the premises and seized a number of recalled items,” he said.

The product has also recalled been recalled in Britain, Ireland, Hong Kong and Singapore. But Food Standards Australia New Zealand spokeswoman Lydia Buchtmann said: “People are enormously loyal to this product, and we are continually getting asked when it will be stocked back on the shelves.”

An employee at Toby’s Estate in Chippendale said: “I had a woman come in the other day and demand Bonsoy for about 10 minutes.”

Room 9 cafe at Surry Hills has been fielding up to 24 requests for Bonsoy every week.

Sarah Kelshaw, 21, from Ultimo, is a fan of the product.

“I’m lactose intolerant and I’m really fussy about my coffee. Bonsoy is the only one that tastes good,” she said. “I tried another brand of soy milk but it just doesn’t taste the same, so I’m sticking to espresso until it comes back.”

A spokesman for Spiral Foods, which produces Bonsoy, said the company was distressed to hear of the raid on Luxe Bakery Cafe.

“We made strenuous efforts to notify all of our customers of the recall as soon as it was activated,” he said.

“We advised Bonsoy retailers and cafes just prior to Christmas of the recall, as the chief health officers considered it to be a risk.”

The food authority said long-term Bonsoy drinkers who had been feeling unwell should see their doctor.