Best job in the world – for anyone but an Aussie 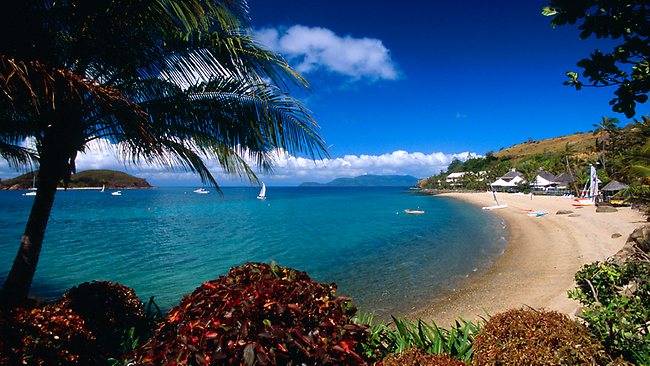 In an effort to revive the lucrative though static young traveller market, Tourism Australia will spend $4 million on an expanded ”Best Job in the World” global campaign with each of the winners to receive a $100,000 six-month ”salary package”, including living costs.

The competition, which was launched in London on Monday, where a promotional mock beach was created by Tourism Australia at busy Waterloo Station, will target travellers between the ages of 18 and 30 who are eligible for Australia’s Working Holiday Maker program.

Six states and territories, including NSW and Victoria, will participate in the promotion with young backpacker-style tourists, worth $12 billion to the Australian economy, invited to apply for six ”fun” ambassador-style tourism roles around the country.

The campaign was been copied from Tourism Queensland’s much-hyped 2009 Best Job in the World promotion, won by Briton Ben Southall. The promotion offered young travellers from around the world the chance to become a ”caretaker” of a Great Barrier Reef island and attracted unprecedented international attention.

Young overseas travellers to Australia help to meet the demand for tourism workers around Australia that the industry itself would otherwise find difficult to fill due to labour shortages. They also stay longer than other tourists and spend more, with an average expenditure of between $7300 and $13,000 depending on their visa.

The announcement of the campaign follows criticism of a recent crackdown by the federal government on temporary skilled-worker 457 visas, which it believed were being rorted to provide an easy route to permanent residency. Business leaders criticised the government for succumbing to perceived community fears of foreigners.

Managing director of Tourism Australia Andrew McEvoy said the youth travel market accounted for more than a quarter of the nation’s total tourism arrivals. Crucially, they dispersed more widely, including into regional areas where mainstream tourists did not tend to venture, and often returned later in life with their families.

”Despite recent challenges – such as the high Australian dollar and the global financial crisis affecting some of Australia’s traditional Western markets – the youth traveller segment remains an important part of Australia’s visitor mix,” Mr McEvoy said.

The acting chief executive of the peak industry group Tourism and Transport Forum, Trent Zimmerman, said increased numbers of young travellers to Australia would not only help alleviate labour shortages but also encourage ”instant interest” in Australia via the social media networks favoured by backpacker-style tourists.

Mr Zimmerman said the forum would like the federal government to introduce a number of reforms to the Working Holiday Maker scheme to maximise its benefits, including opening the program to older travellers in order to fill as many as 36,000 job vacancies in the tourism and hospitality sector.