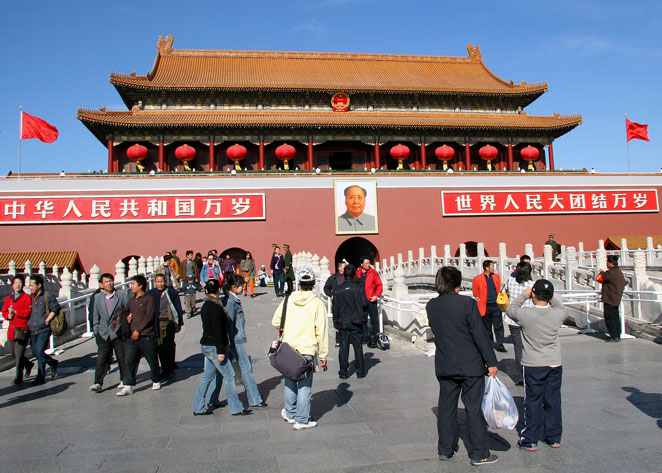 China will allow transit passengers from 45 countries including the US, Canada and most members of the EU to spend up to 72 hours in Beijing without a visa from next month.

China will allow transit passengers from 45 countries including the US, Canada and most members of the EU to spend up to 72 hours in Beijing without a visa from next month.

The move would “strongly spur the development of the tourism industry, speed up building of an international city (and) expand contacts with the rest of the world,” the Beijing Tourism Administration said on its website.

The policy only applies to travellers in transit to a third country, and not for return flights to the capital, whose attractions include the vast Forbidden City.

One noted omission was Norway which is embroiled in an ongoing spat with China over the naming of jailed political dissident Liu Xiaobo as the winner of the 2010 Nobel Peace Prize.

It was not clear if Liu’s Nobel prize was the reason behind the omission of Norway from the new visa policy.

The tourist administration was not immediately available for comment on the matter.

According to their announcement, Beijing will “starting on January 1, 2013, implement a policy allowing foreigners from 45 countries with visas and plane tickets to a third country to transit through Beijing for 72 hours without a visa.”

But travellers would “face punishment” if they left the capital and lawbreakers would be banned for life, Gao Huada, deputy director of the city’s exit-entry bureau, was quoted in the China Daily as saying on Thursday.

China’s financial hub Shanghai already allows some foreigners in transit to visit the city for 48 hours, its government says on its website, including those from the US, some European countries, Japan, South Korea and Singapore.

Other travellers passing through the country are required to remain in the airport.

Beijing’s airport is the second busiest in the world, having handled 47 million passengers in the first seven months of this year, according to the industry body Airports Council International.