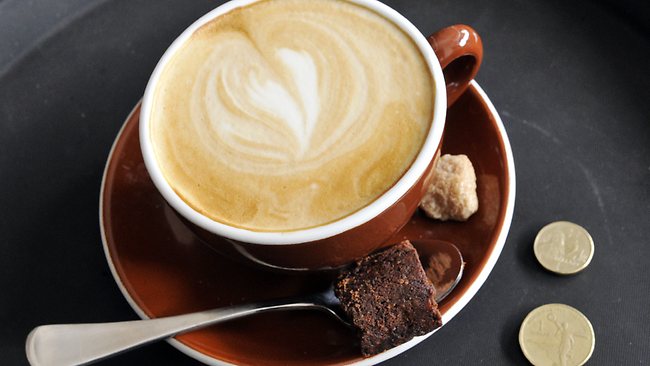 T’S official. Perth has the most expensive coffee in Australia.

While Sydney may be Australia’s most expensive city, with steepling house prices, at least the coffee’s cheap.
Well, cheaper than other Australian capital cities, anyway.

Perth, in a recent national survey by coffee machine company Gilkatho, was the most expensive capital, with the average cappuccino costing $3.89, with some cafes selling a mug for as much as $7.25.

Just last month a story on Perthnow, about Perth’s most expensive coffee — at $7.25 for a mug of flat white or a cappuccino — went viral and sparked hundreds of comments which raged about the price of coffee in the West.
The research also showed a fall in coffee bean prices had not made a morning coffee any cheaper for consumers.

“What’s clear, however, is the fact that what people pay for a coffee has nothing to do with the cost of coffee (beans),” Gilkatho managing director Wayne Fowler said.

“The selling price continues to increase in spite of coffee prices decreasing. This is a pretty good indication that the price of coffee beans tends not to be passed on to the consumer.”