Authorities waiting for a complaint – about a crocodile 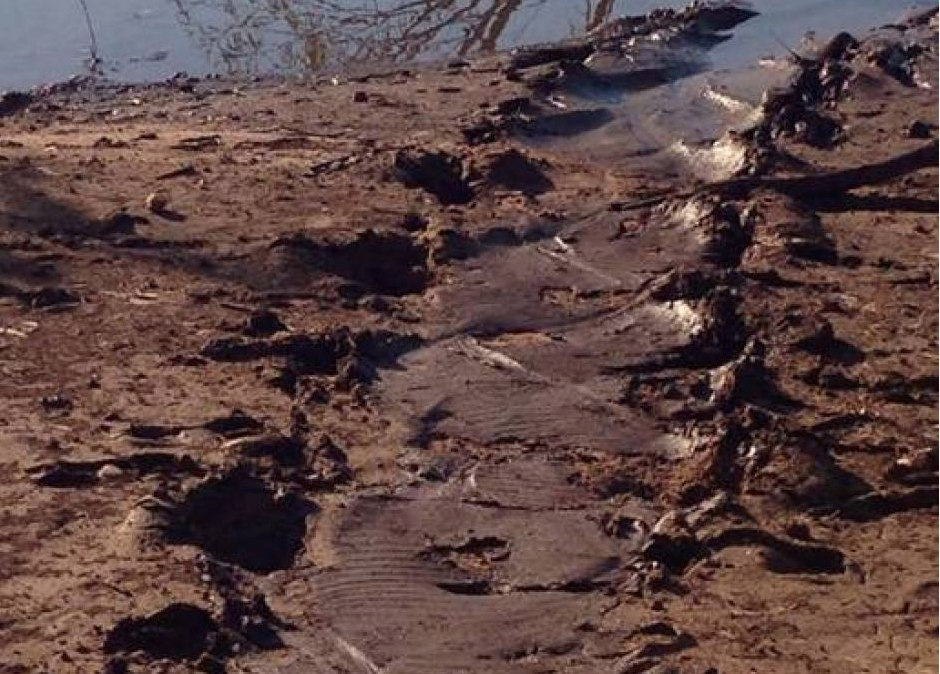 PHOTO: The crocodile left tracks near the camp-site as it checked it out.

From abc.net.au, 22nd April 2015
PHOTO: A large saltwater crocodile was spotted near a popular camping spot. (Gary Hayes, www.flickr.com/photos/garyhayes)
PHOTO: The crocodile left tracks near the camp-site as it checked it out.

Authorities are increasingly frustrated by the failure of Kimberley locals to report crocodile incidents, saying it is becoming a public safety issue.

Over the Easter long weekend, a large saltwater animal emerged from the Fitzroy River at a popular camping spot.

On local Facebook pages, people described it walking within metres of a man and his son at their tent at the Telegraph Pool camp site.

However the reports never made it to the Department of Parks and Wildlife, which is responsible for managing aggressive animals.

“Nobody’s made a formal complaint, it’s only come through on Facebook, so we’d like the complainant to come forward and speak to us,” he said.

“It is an issue of public safety.

“If people have this information, or know of animals getting too close, we need to know, so that we can act upon it and respond to the complaints.”

Traps to be installed at camp site

Photographs have emerged of the crocodile’s tracks left in the river bed.

Despite not having been able to speak with witnesses, the department is planning to install traps at Telegraph Pool this week, in a bid to remove the animal.

Mr Carstairs said the remote camp-site, which is a favourite amongst local barramundi fishermen, is a known haunt of large freshwater crocs.

“We’ve had multiple dogs eaten around that area of the Fitzroy River system, so it’s a concern for people who decide to fish in that area,” he said.

“People should camp well away from the water’s edge because the crocodiles can easily walk out of the water and onto the land.

“In this case it actually walked through the camp where the people were staying, so it’s a bit of a concern when they do that.”

There was a mixed reaction when the Telegraph Pool incident was reported on a local Facebook page.

There were several suggestions the animal should be shot, with one fisherman saying the “problem handbag” needed to be eliminated before someone was hurt.

But the overwhelming view of locals seemed to be that it was up to them to heed the warning signs and stay out of the crocodiles’ way.

“The river crocs aren’t anything new, common sense seems to work,” wrote one.

The discussion comes two weeks after a saltwater crocodile was shot dead by the Department of Parks and Wildlife in Lake Kununurra, in the East Kimberley.