AUSVEG in bat for farmers; Jamie Oliver in reserve 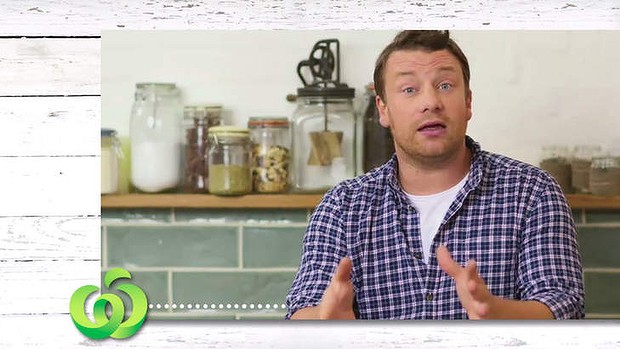 Celebrity chef Jamie Oliver, the new face of a Woolworths advertising campaign, has weighed into a stoush between his employer and its vegetable growers, saying he sympathises with farmers.

Members of the peak vegetable supply body, AUSVEG, are being charged a 40¢-a-crate levy by Woolworths, to fund a ”Jamie’s Garden” advertising campaign, on top of an existing marketing levy.

AUSVEG said it has received ”a dozen to dozens” of complaints about the fee, including from a supplier that expects to pay $300,000 over the six-week campaign.

A letter to the group from Oliver said: ”Jamie, naturally, is concerned when he hears about small producers suffering financial hardship and your letter will be discussed with Woolworths further at our next senior-level meeting to ensure farmers are completely clear about the aims of the program.”

But ultimately, Oliver has no sway with the grocery retailer, the letter says. ”As I’m sure you know, Jamie is essentially an ’employee’ of Woolworths and as such he has no sway regarding the commercial direction or negotiations that the Woolworths business takes.”

Instead, Oliver asked AUSVEG to help create ”real change in the shopping habits of Australian consumers so they can cook more fresh food”. ”We would very much hope AUSVEG would support Woolworths in this extremely important ambition.”

The group said its grievances were against Woolworths and not Oliver, who, it conceded, had been placed in a ”difficult position”.

”This is in stark contrast to the position Mr Oliver took in 2012 where he signed an open letter to The Times objecting to the price of milk. It’s sad that a similar stand has not been made here,” spokesman William Churchill said.

”We share the Jamie Oliver passion to ensure our nation is healthy and that the fresh products of our growers are available to the public.”

Woolworths refused to comment on the issue but has maintained the levy is being paid on a ”voluntary basis”.

The chain defended the extra levy, saying half its suppliers had opted to pay the voluntary fee.

This is not the first time suppliers have been affected by Woolworths’ partnership with Oliver.

Last October, when Woolworths announced its relationship with the fresh food celebrity chef, the declaration came in conjunction with the supermarket chain’s new commitment to phase out all battery hen eggs over a five-year transition period, as part of its obligation in addressing animal welfare issues.

Egg suppliers at the time claimed there was no consultation before the announcement.