Australian product in the spotlight this week 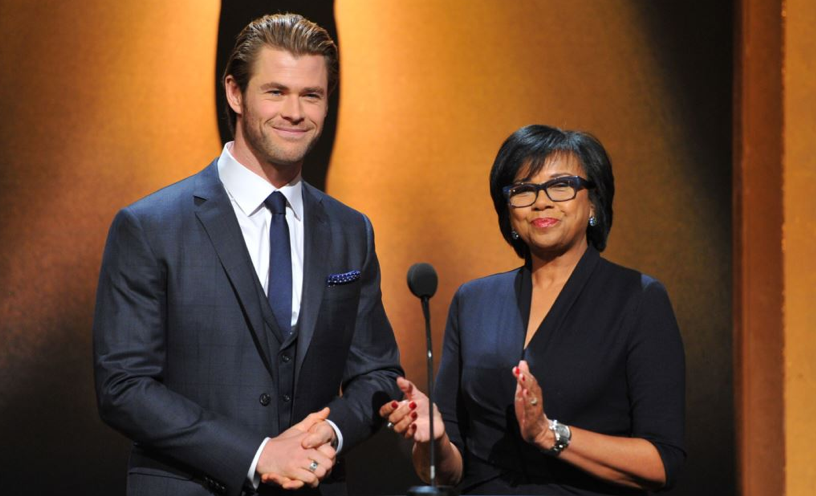 Photo: Chris Hemsworth has been adopted by Hollywood big guns. This photo is of Hemsworth announcing the 2014 Oscar nominees, a huge international media event. He is with the President of the Academy of Motion Picture Arts & Sciences, Cheryl Boone.

It’s been a huge week for PR of Australian Cultural Exports this week.

In her acceptance speech, Cate raved about the Sydney Theatre Company (in which she’s invested for the last 6 years) and touted the breadth of talent in the Australian theatre and film industries.

Cate also touted another hallmark of Australiana – she didn’t just swear during the acceptance speech, but also in the media interview immediately after.

Catherine Martin won two Oscars for her production and costume design for the Great Gatsby. Catherine also flew the Australian flag for talent high when she won two similar Oscars for Moulin Rouge! years ago.

Catherine Martin plucked her acceptance speech from her bra onstage, and called that a ‘very Australian thing to do!’

This from the Variety magazine piece on diversification of the Oscars;

“Shortly after taking office, Academy president Cheryl Boone Isaacs observed that in the industry “there are different voices that need to be heard — and there are audiences for these different voices. We at the Academy want to be a place where these voices can be recognised.”

See the Variety story from 28th February about the Oscars’ diversification here.

Also in the past week…

Sara James, a former New York TV newsreader was publicising her book ‘An American in Oz’ all over Australian TV this week, and no doubt her publishers Allen & Unwin would like to see it sell to tree-changers in New York. An accompanying blog of her first 55 days in Aus can be found here: http://anamericaninoz.blogspot.com.au/

“No one thought Sara James, a 30 Rock habitue and Manhattanite through and through, would move to Australia after a long and successful fast-track career reporting from around the globe. But move she did, when her Australian husband Andrew wanted to come home, in a journey that sees her morph from a big-city anchor and correspondent to a small-town mum living an Australian country life.”

The movie Tracks is due for release in April 2014 is also in promotional phases, with the author and original trekker Robyn Davidson doing the rounds on Australian TV.

Tracks has a lot of support from Hollywood, with release set for 200 screens across Australia. To put this in perspective, The Kings Speech opened in only 99 screens across the country.

About Tracks (from Wikipedia): “In 1977, Robyn Davidson travels from Alice Springs across 2,700 kilometres (1,700 miles) of Australian deserts to the Indian Ocean with her dog and four camels.[4][5] National Geographic photographer Rick Smolan documents her journey.” 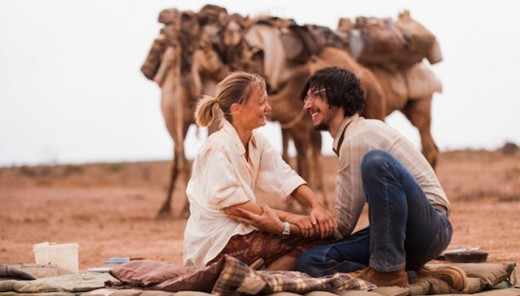