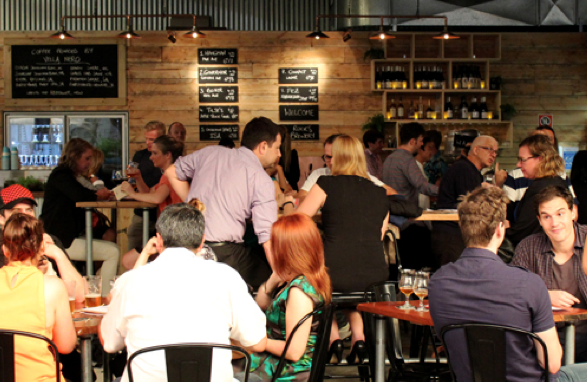 Australia’s reputation as a nation of singlet-wearing beer guzzlers has gone up in froth – beer consumption has fallen to levels not seen since the post-war “six o’clock swill”.

Beer consumption has more than halved since the peak of the mid-1970s and is now at its lowest level since 1945-6, according to annual Australian Bureau of Statistics figures released on Friday.

The average Australian drank 4.04 litres of beer last financial year, with a growing number of drinkers embracing quality over quantity by trading gluttonous amounts of mainstream beer for smaller serves of craft beer.

“They’re taking a ‘less is more’ approach,” said beer commentator Matt Kirkegaard. “They’d rather have one or two beers that they really enjoy than a six-pack that is really only giving them some refreshment and a hangover.”

“Other data shows a lift in purchases of sporting and other recreational equipment over the past year,” he said.

He also pointed to longer-term influences on overall alcohol consumption such as random breath testing, immigration, a greater variety in leisure pursuits and the “new conservatism”, where Australians are saving more and shunning debt.

Mr Kirkegaard said big beer manufacturers were still trying to market to the singlet-wearing tradesmen who love a “big cold beer” but wine, cider and spirits were increasingly on the menu.

“Even the tradies don’t see themselves like that any more,” he said. “You’re far more likely to see them in town, well dressed with their hair done. When I was a teenager in the late 1980s, you just never ordered a glass of wine. These days it very common to see red wine on the table in front a group of businessmen.”

Scott Morgan, who is head brewer at sixth-generation craft beer label Rocks Brewing Co, said they had opened their third craft beer venue this year and every week was a record for sales.

“When we go speak to all the new small bars in Sydney, there’s no interest in the big boys’ beer,” he said.

Australians are drinking less alcohol overall than any time in the past 15 years, the ABS figures found.

However, ABS director of health Louise Gates said this trend appears to have reached a plateau, with per person consumption of wine decreasing slightly over the past three years.