Australia the most expensive country in the G20 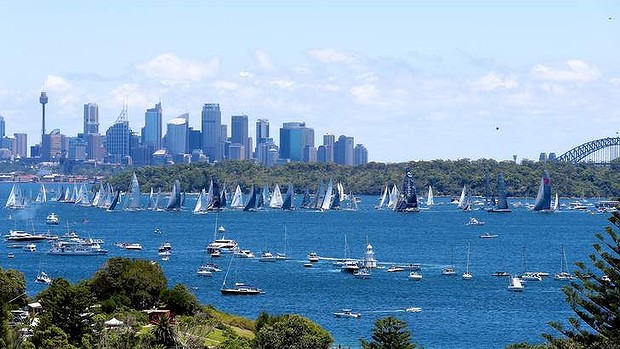 Australians are living in the most expensive G20 economy in the world. A study by the World Bank shows the costs of goods and services in Australia are elevated around the levels of pricey European countries Switzerland, Norway, Denmark and Sweden.

Overall, Australia ranks as the fourth most expensive economy out of 177 countries measured by the price level index (PLI). It takes into account people’s purchasing power and a country’s exchange rate.

Kenneth Rogoff, professor of economics at Harvard University, said rich countries were typically at the higher end of the scale and poor countries at the low end.

“In the case of Australia, the high PPP [purchasing power parities] price level mainly reflects the way high ­commodity prices bid up economy wide wages and therefore the price of goods in the service sector,” Professor Rogoff said. “If high prices reflect high wages driven by productivity gains in the traded goods sector, then they are not such a problem.”

The Productivity Commission chairman, Peter Harris, warned last week that our productivity has “fallen well behind that of most other developed economies for more than a decade”.

He called for policy attention because the recent record terms of trade – export prices relative to import prices – will no longer support continued income growth for Australians.

Multifactor productivity, which measures how efficiently labour and capital are contributing to output, declined an average of 0.6 per cent annually over the past five years.

Per hour, it is in line with the highly regulated labour market of France in purchasing power parity terms, a point highlighted by the federal government’s Commission of Audit. The Abbott government has ruled out the commission’s recommendation to slash the minimum wage.

The lowest paid full-time workers in Australia earn an hourly minimum wage of $16.37, compared with $US7.25 ($7.75) in the US. President Barack Obama is trying to lift the minimum wage to $US10.10, but Republicans in Congress have blocked the plan.

The World Bank report, published last week and drawing on 2011 data, adds to evidence that Australia is expensive by international standards.

The Economist Intelligence Unit’s worldwide cost of living survey published in January found Sydney and Melbourne were more expensive than New York and London and among the top 10 most expensive cities in the world. They ranked fifth and equal sixth, behind Singapore, Paris, Oslo and Zurich.­

The World Bank analysis shows that with the exception of Bermuda, the most expensive economies are in the Eurostat-OECD region.

The lowest prices are in Africa, Asia and the Pacific, where PLIs range between 35 and 45 for countries such as Egypt, Pakistan, Myanmar, Ethiopia Bangladesh, India and Vietnam.

The director of the centre for economic performance at the London School of Economics, John Van Reenen, said high prices partly reflected that people want to live in economically successful Australia.

“However, as the commodity boom and China’s growth slows, Australia will face a more challenging time ahead,” Professor Van Reenen said.

The data was buried in the Purchasing Power Parities and Real Expenditures of World Economies report released last week by the World Bank’s International Comparison Program.

The report initially captured major attention for its finding that China had already overtaken the US as the world’s biggest economy. The Chinese government has tried to play down the significance of the report.