Aussies going online… and to Melbourne 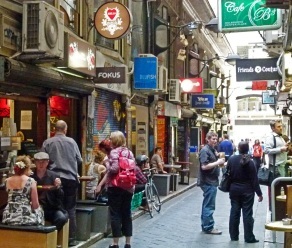 During the 12 months to November 2012, 58 per cent of travellers booked their international trips online, compared to 36 per cent in June 2007, according to the latest Roy Morgan Holiday tracking survey.

This corresponds to a decline in bookings made in person, which were down 20 per cent over the same period to 37 per cent. Booking by phone also declined, from 28 per cent to 20 per cent.

Despite the overall decline in bookings made through bricks-and-mortar travel agencies, Roy Morgan Research international director of tourism, travel and leisure Jane Ianniello said that some companies were managing to buck the trend.

“Some travel agents, such as Flight Centre, have maintained their brand strength and relevance by developing a strong web presence,” Ms Ianniello said.

“With increasing penetration of home computers the trend towards online travel bookings is likely to continue. In addition, a small but growing percentage of overseas holidaymakers (three per cent) are using their mobile phone to book.”

Nearly a quarter of people surveyed wanted to take a holiday in Melbourne within the next two years, compared to 18 per cent who choose the Gold Coast.

“Melbourne is one of the only domestic holiday destinations to have increased in preference over past decade,” Ms Ianniello said. “Australians under 30 are particularly attracted to it, with 28 per cent saying they would like to take a holiday there in the next two years.”

Twelve per cent favoured Sydney, indicating that the city had regained its popularity as holiday destination after suffering a big drop in preference after the 2005 Cronulla riots, she added.