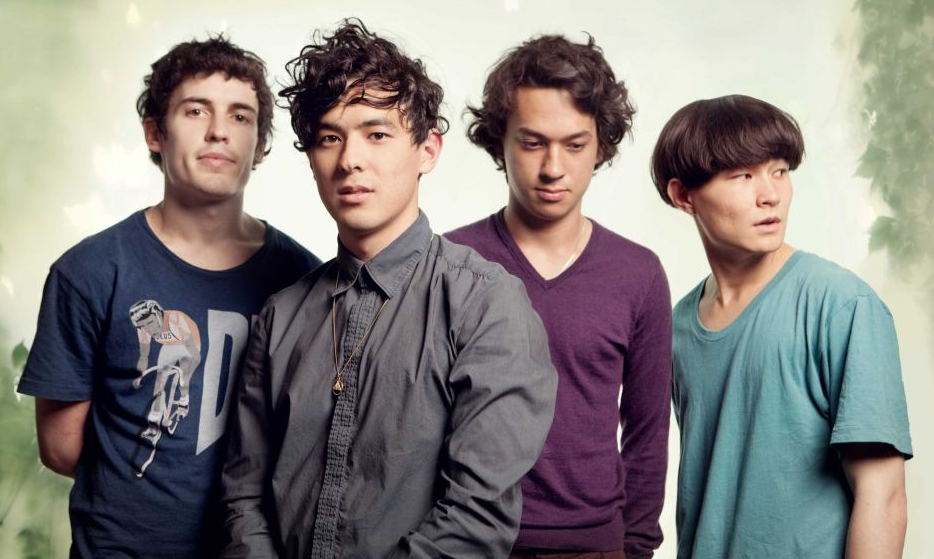 Promoters are booking young Australian bands in clubs and festivals in Jakarta, Singapore, Bangkok, Manilla and Phnom Penh as well as cities across China.

While some acts are seeing the benefits of a market hungry for Western music, others are learning the hard way that music does not always transcend cultural barriers.

The swing towards Asia in the music industry mirrors a more general geopolitical shift – what many have termed the Asian century or the Asian pivot.

And it comes as festivals in Australia struggle to stay afloat.

Several major festivals, including Homebake and Harvest, were cancelled this year following poor ticket sales and a crowded festival market.

Travelling festival, the Big Day Out, recently reduced the number of dates for its 2014 run, cancelling a second Sydney show.

For Melbourne singer Sophie Koh, a recent 14-date tour of mainland China saw her play to some of the most enthusiastic audiences of her career.

“It was fantastic,” she said. “I’ve never been, I have no back story in China… but people actually came to see us every night.

“We went to a lot of university towns, and a lot of the kids take a punt and actually come to the venue, regardless of who’s playing.”

She said it was a “huge difference” from audiences in Melbourne, which can be more reserved.

“Over in China, people are up the front from the start, they are singing along by the second song, and they really get into it.”

Village Sounds, the company that co-produces Splendour In The Grass, Homebake and Falls Festival, recently signed a deal with a Singapore-based touring agency to get more Australian acts touring Asia.

Village Sounds co-director Evan Davis said his acts – particularly Brisbane group Last Dinosaurs, who this month play Kuala Lumpur and Manilla – have been “blown away” by the response.

“Obviously it’s such a growing market and it’s right on Australia’s doorstep, so it’s something we had looked into,” Mr Davis told ABC Online.

“After seeing the shows and seeing the reception that the guys got in Singapore and Bangkok, there’s a definitely a hunger for it.”

He said social media was driving a huge interest in Australian musicians.

“[The band] did a press call on the Tuesday and there was hundreds of under-18 girls there who had found Last Dinosaurs through online media,” Mr Davis said.

Before their Singapore show, the band was swamped by fans asking for autographs and photos.

The following day, they played to 3,000 people who “sung along to every song”.

The Laneway Festival, which is held in cities across Australia, expanded to Singapore two years ago, and Mr Davis said he expects interest from the region in Australian acts to grow.

He also said while the pay for touring acts is comparable to Australia, overhead costs such as accommodation and transport are lower.

But the push toward Asia does not always work out as planned.

Brisbane band Dune Rats were booked to play a festival in Vietnam before organisers discovered the video for their song Red Light Green Light.

The clip, which has over 300,000 hits on YouTube, is not subtle: the members are shown trying to smoke as much marijuana as possible.

“To my understanding, the Vietnamese government saw a video that Dune Rats had put up and they obviously didn’t agree with it, so they asked that they not come in,” Mr Davis, whose colleague at Village Sounds works with the band, said.

“What’s acceptable in certain countries is certainly not acceptable in others. It’s something that is quite unique to these ventures, when you start going into these markets.”

Festival spokesperson Giles Cooper told TheMusic.com.au in September that the clip was “a factor” in the band being removed from the line-up.

“We love Dune Rats’ music and we are sorry not to be hosting them here this time,” Mr Cooper told the site.

“You have to understand the environment we’re operating in – it’s not the easiest for promoting live international music unfortunately and we all want to be able to do more events.”

Ms Koh said before she arrived in China she had to submit her lyrics and video footage of previous performances to be vetted by the authorities.