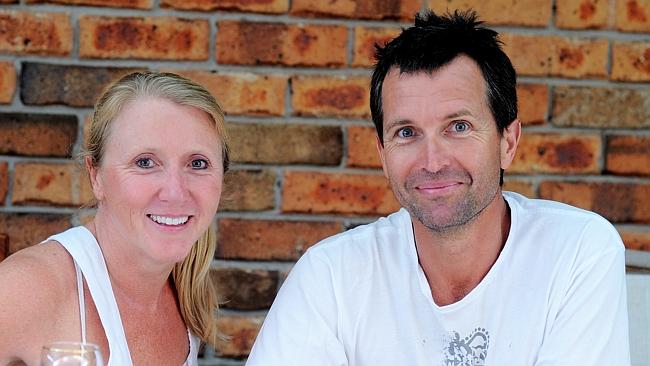 The Aussie couple who could end luggage woes

HAVE you ever experienced that sinking feeling of being the last one standing at the airport luggage carousel, with your bag still nowhere in sight?

Perhaps someone else mistakenly grabbed it, or a mix-up by the airline saw it soaring off to the opposite side of the world.

Whatever the scenario, being left without a change of clothing or your toiletries is bound to put a dampener on your dream trip.

But Australian couple Tim and Jo-Anne Shadlow think they have the solution to luggage woes.

Tired of losing their belongings on planes and other forms of public transport, the frequent flyers, who are based in Sydney, have launched a new company idtagit. It offers a simple idea that could end up taking a lot of stress out of travel.

Idtagit Director and Co-Founder Jo-Anne said: “Losing items can be heartbreaking, costly and a serious hassle.”

“I was just sick of losing stuff and wanted to create a lost and found system that was incredibly simple yet also very effective, discreet and affordable. It essentially increases your odds of getting lost property back.”

Their solution involves the use of a small tag that is attached to belongings, such as suitcases or keys, basically any items that is deemed important. It has a unique code that allows travellers to remain anonymous but yet still connects them to their property.

When someone finds the items they can notify the company and from there, the owner can arrange to have it returned.

There were 8.83 mishandled bags per 1000 passengers globally in 2013, according to air transport analysts SITA in its annual Baggage Report . Of that figure, delayed bags made up 82.9 per cent, damaged or pilfered bags accounted for 12.9 per cent and 4.2 per cent were declared stolen or lost.

Sydney Airport accumulates so much lost property from the 37 million passengers that pass through the nation’s busiest air hub every year that it auctions off hundreds of items every year.

What’s more, Sydney Ferry service collects 150 lost items every day. London Transport were left with 7505 sets of forgotten keys. And approximately 12,000 laptops are lost each week in US airports alone.

The couple is in talks with three major airlines about implementing their idea.

Some airlines are looking at rolling out a digital luggage bag technology that would allow passengers to see where their luggage is anywhere in the world using their mobile phones.

One airline using such technology is British Airways, which started testing it on Seattle-to-London flights last October and hopes to roll out the tag to the rest of its passengers by end of the year.

But until this technology becomes a reality, this couple could be onto something!