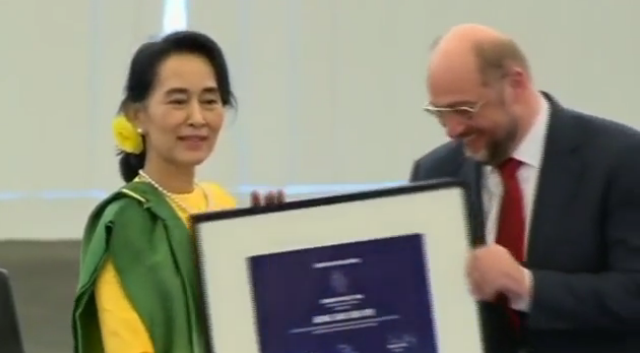 Suu Kyi, the Burmese opposition leader, will attend public events in Sydney, Canberra and Melbourne and meet members of the Burmese community from November 27 to December 2.

Foreign Minister Julie Bishop first met Suu Kyi in 1995 and said she was delighted to be able to welcome her to Australia.

“Australia has long been a staunch supporter of Aung San Suu Kyi’s efforts to bring democracy to the Burmese people,” she said in a statement today. Australia and other nations have been gradually easing their sanctions against Myanmar (Burma) as the country has allowed greater political and media freedoms in past few of years.

The Nobel Peace Prize laureate accepted the invitation from former foreign minister Bob Carr back in June and remarked that she fondly remember growing up with the song Kookaburra Sat In The Old Gum Tree.

The former political prisoner won a parliamentary seat in April 2012 and she became opposition leader of the National League for Democracy.