NRL stands up as violence against women goes global 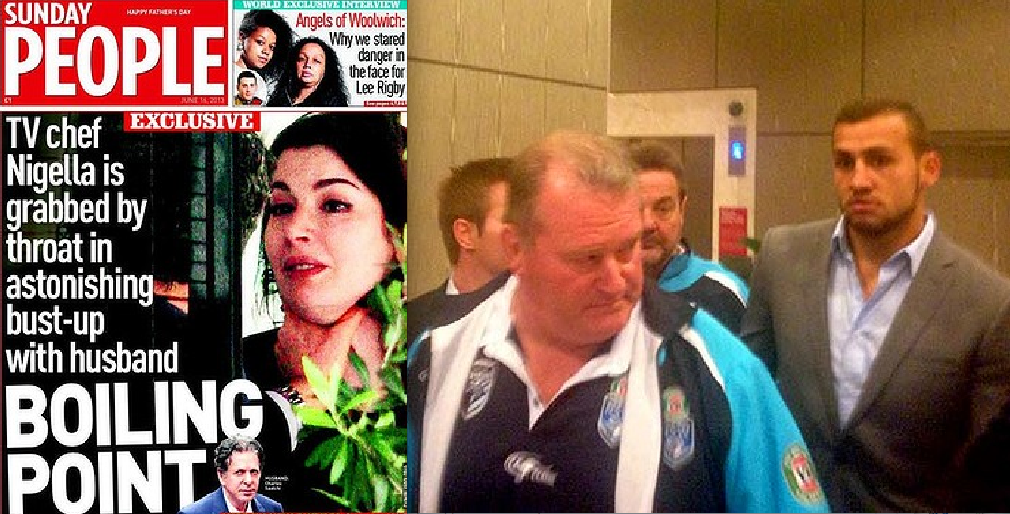 Ferguson suspended indefinitely by the NRL

Blake Ferguson’s playing career is in limbo after he was stood down from the NSW Origin team and had his NRL contract suspended following allegations he indecently assaulted a woman during a drinking session with former Raiders teammate Josh Dugan.

NRL chief executive Dave Smith announced the disciplinary action against Ferguson after he was charged by police, and said no decision would be made on when the Canberra star could play again until more details were known.

Smith said Ferguson’s registration had been suspended over repeated behavioural issues involving alcohol by the 23-year-old, who was earlier this year stood down by the Raiders, fined and ordered to undergo counselling after another drinking session with Dugan.

“The fans do not want to see the game tarnished and neither do the players,” Smith said from Brisbane, where he was attending Monday night’s Broncos-Tigers match.

“It’s time for people to understand that the game isn’t going to accept this sort of behaviour. The first step in Blake’s case is to make a clear call in relation to Origin, and tomorrow we will consult with the Raiders to determine the minimum period we would look at in terms of suspension.

“We have worked closely with both the NSWRL and the Canberra Raiders during this process, and there remains genuine concern for the welfare of the player. We will offer every support to address any issues but there also has to be a clear deterrent.”

Dugan, who was sacked by the Raiders earlier this season after an infamous drinking session with Ferguson on the rooftop of Ferguson’s townhouse, was not accused of any wrongdoing.

However, Canberra officials are understood to have taken a dim view of Ferguson drinking with Dugan after the pair were named in the Blues team, and Fairfax Media was told they had been of the belief he had gone to Sydney to stay with family the night before joining the NSW camp.

Ferguson was told by the Raiders after the previous incident with Dugan that he was on his final warning, a threat Canberra officials have repeatedly shown they are prepared to carry out.

Besides Dugan, the Raiders have parted ways with four other players in the past six years for off-field incidents – including stars Todd Carney and Joel Monaghan, as well as Steve Irwin and Bronx Goodwin.

If he is sacked by the Raiders, Ferguson is unlikely to play again this year as the cut-off for registering contracts is June 30, and the NRL would be reluctant to allow any club to sign him before then.

Should the indecent assault allegations be proved in court, Ferguson will face further action from the NRL as the decision to suspend his registration was based on his history of off-field incidents and not a presumption of guilt.

After being formally charged by police from Miranda, Ferguson was granted conditional bail to appear in Waverley Local Court on July 16 – the day before Origin III.

A police statement said Ferguson had been charged with indecently assaulting a 23-year-old woman at a Cronulla nightclub at about 10.30pm on Sunday.

The woman immediately reported the alleged incident to Cronulla Police and an investigation was initiated, which included detectives from Miranda Local Area Command viewing CCTV vision and speaking to a number of witnesses.

He had earlier denied the allegation to Blues officials, who were not officially responsible for him until 10am on Monday when the NSW players had been due to join the team camp.

The Blues cancelled training on Monday with several players nursing niggling problems from matches over the weekend.

Photographs which appear to show Charles Saatchi grabbing his wife Nigella Lawson’s throat were the result of a “playful tiff”, he says.

The millionaire art collector and former advertising executive has told London’s Evening Standard newspaper he was holding the celebrity chef by the neck “to emphasise my point” as they discussed family.

The police are looking into the pictures – which Saatchi admitted looked “horrific” – taken outside a London restaurant last week.

Lawson appears to be grimacing in the widely published images taken outside Scott’s in Mayfair.

But Saatchi said: “About a week ago, we were sitting outside a restaurant having an intense debate about the children, and I held Nigella’s neck repeatedly while attempting to emphasise my point.

“There was no grip, it was a playful tiff. The pictures are horrific but give a far more drastic and violent impression of what took place. Nigella’s tears were because we both hate arguing, not because she had been hurt.

“We had made up by the time we were home. The paparazzi were congregated outside our house after the story broke yesterday morning, so I told Nigella to take the kids off till the dust settled.”

There was no sign of the pair earlier on Monday at their west London home or at Saatchi’s gallery, a few minutes walk away in Chelsea’s King’s Road.

Lawson left the family home – in a multimillion-pound converted factory – with her son on Sunday.

Staff said Saatchi was not expected at the modern art gallery, which bears his name, for the launch of a new exhibition on Monday.

He is notoriously publicity-shy and was not even at the opening night in 2003 of his previous gallery on the Southbank, which was attended by some of the art world’s biggest names.

A spokesman for Scotland Yard said it was aware of the pictures, which were first published in the Sunday People, and said no one had made any complaint to the police.

Lawson married Saatchi in 2003. She has two children, Cosima and Bruno, from her marriage to journalist John Diamond, who died of throat cancer in 2001.