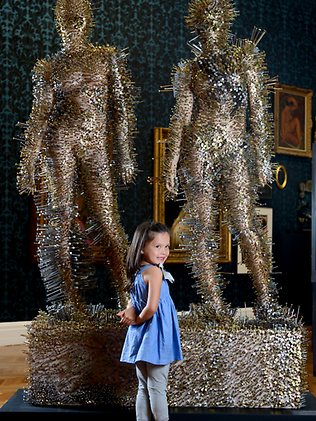 THE first economic impact study undertaken at the Art Gallery of South Australia shows it delivers a $19.8 million benefit to the state.

The sculpture was purchased in  2011 through the gallery’s donor  foundation. Of the $2.03 million in acquisitions made by the gallery in 2010-11, 98 per cent came from benefactors – either as gifts of works of art or financial donations for their purchase.

The gallery also relied heavily on the support of volunteers.

Mr Mitzevich said: “We always need to be aspirational about growing and increasing our funding level because we’ve got a very wide-ranging task to undertake in the community.”

The economic report found the gallery generated $3 worth of economic activity for every dollar of funding and created 191.3 full-time-equivalent jobs.