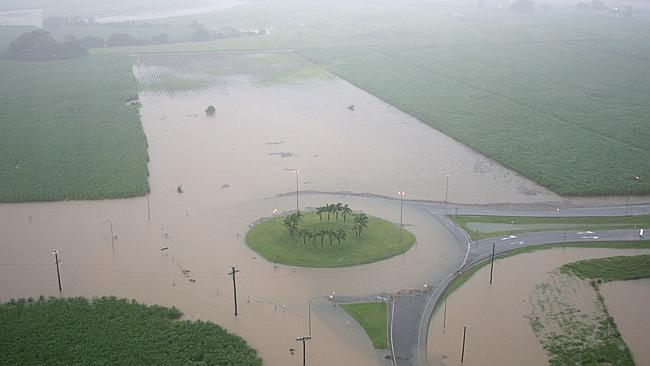 TTN: Please search the term ‘Aquis’ on the home page on The Tourism News home page to see the many controversial aspects of the Aquis development. On the 24th June 2014, the ABC current affairs program PM reported a new deal negotiated between Australian and Chinese government that aims to ‘wave-through’ Chinese development at any cost.

A DISASTER expert says northern beaches residents face increased risk of flooding from Aquis, despite the mega-resort being cleared of flood danger in its Environmental Impact Statement.

Flooding is considered to be a major constraint to the multi-billion-dollar project, according to the EIS, with the proposed development site at Yorkeys Knob estimated to be inundated on average every two years.

The report, however, states modelling has demonstrated the resort can feasibly be designed to achieve no significant worsening impact on private land beyond the site.

But Professor Jon Nott, from JCU’s School of Earth & Environmental Sciences, said yesterday the report did not properly detail how it came to this conclusion.

“We’ve got some nice maps that show the flooding and the maps that suggest that the flooding problem is not going to be exacerbated in the surrounding suburbs of Yorkeys Knob and Holloways Beach,’’ he said.

“Now that’s the conclusion they’ve drawn, but we have no idea how they came to that conclusion because they haven’t provided us with all the details to be able to assess whether that’s correct or not.”

Prof. Nott, who has carried out research on the impact of cyclones, storm surge and flooding upon the northern Queensland coastline, said the development could pose a flood risk to the nearby ­communities.

He said mitigation strategies such as a proposed lake would do very little to capture the large amount of water released by the Barron River.

“The residents of those suburbs need to be concerned,’’ he said.

“They need to be asking some serious questions as to why they need to believe these consultants when they say there’s no increased flood risk.”

EIS main author Pat Flanagan of Flanagan Consulting Group said the methodology and references used for the flooding maps were clearly listed in the report.

“The reality is the development standard we’ve adopted is the council’s flood code, and that says we cannot have an impact on the neighbours, otherwise we can’t do it,’’ he said.

“We’re not asking for any concession on the flood code.

“We will comply with the flood code completely.”

Submissions on the EIS close on August 5.

Community group Aquis Aware has slammed the State Government’s community engagement process, saying the six-week period is too short to create a submission.

Prof. Nott backed calls for there to be an extension to the period.

“People might say ‘well, normally for an EIS it’s OK’, but this is a huge document and for the general public, there’s a lot of specialised information in there,’’ he said.

“So they’re going to need to consult with people, talk with people, try and talk to experts to find out themselves what’s going on.

“That takes a lot of time.”

Mr Flanagan, however, said community and interest groups had 12 months of notice of the issues being addressed within the EIS.

“People have been complaining about there not being enough information,’’ he said.

“It would appear they are now complaining about there being too much information.”