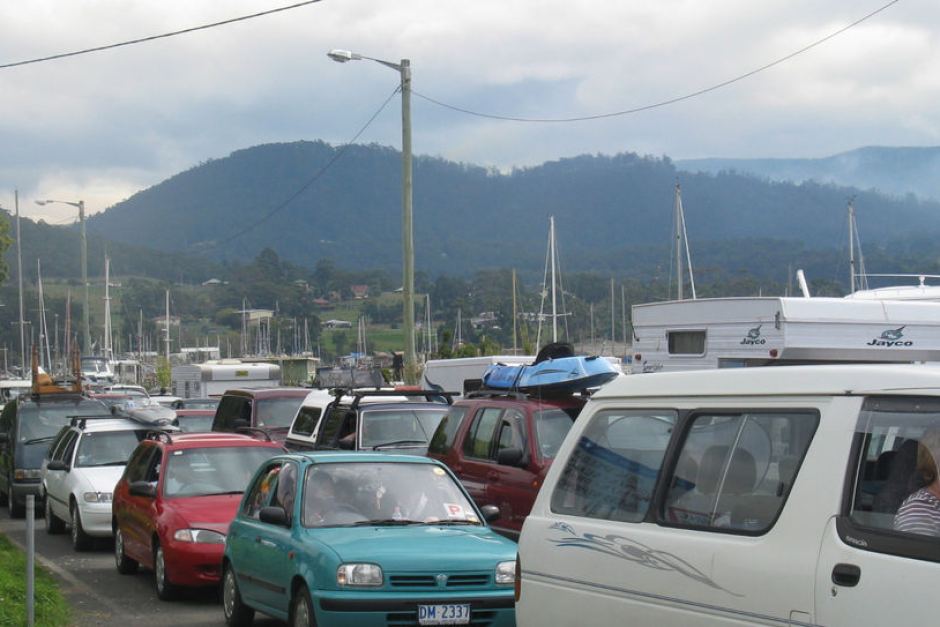 Long Easter traffic queues for a peak Tasmanian holiday destination are set to continue with a delay in a second ferry service for the Bruny Island run.

The ferry operator struck a deal with the State Government last year to operate a second vessel during peak times.

The barge was expected to modified and operating by Easter, one of the island’s busiest times.

But Kingborough Mayor Graham Bury says he understands there have been delays in the arrival of parts for the vessel.

“There was a lot of construction work that had to be done on it, it’s not ready in time,” he said.

“I guess it’s like a lot of construction projects, it has been delayed and unfortunately it isn’t going to be available over Easter.”

TRAVELLERS heading to Bruny Island face ferry delays of up to three hours this Easter, after plans for a second service fell through.

Mirambeena ferry operator Graeme Phillips yesterday confirmed a converted barge would not be ready in time for Easter.

He said parts for the barge were ordered from overseas but had not arrived on time.

Island businesses were disappointed at the delay.

“I think Easter is a pretty bad time of year to come to Bruny. It’s lovely to be here but getting to and from [the island] is a bit of a drama,” he said. “Obviously it’s going to affect bums on seats for us, but hopefully we’ll still have a good Easter.”

He warned travellers were likely to face waits of up to three hours in peak times.

“There’s going to be delays and it’s going to cost [businesses],” he said.

“All we can do is hope and pray they [the ferry] don’t get a breakdown.”

Mr Phillips confirmed the ferry would run as a non-stop shuttle service over the Easter long weekend in a bid to keep up with demand.

He said this would likely mean one crossing each hour, resulting in 14 trips a day.

Department of Infrastructure, Energy and Resources spokesman Bob Rutherford said travellers should prepare for delays, with long waits and traffic queues traditionally peaking at the start of the long weekend.

He suggested arriving early for the first two sailings at 6.35am and 7.45am.

Work on an $8 million upgrade to Ferry Rd will stop over Easter and a contingency plan had been developed to manage queuing on the Channel Highway in Kettering.