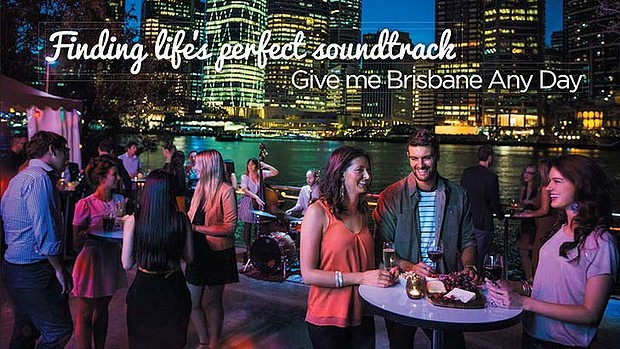 TTN: Just a month after South Australia’s Murray Riverlands Tourism operators went up in arms over a lack of consultation in a major campaign, the QLD government has released another expensive tourism campaign featuring photos that could have been taken anywhere.

The Brisbane region will launch a new $2.3 million tourism campaign on Thursday, capitalising on its role as 2014 G20 host city.

The campaign slogan, “Give me Brisbane any day”, has received the backing of south-east Queensland councils and the state government.

Brisbane Lord Mayor Graham Quirk said the campaign would be a ground-up campaign, with residents and tourists urged to share their experiences.

“Give me Brisbane Any Day is a catchphrase we’ll be hearing a lot this year as this campaign works to spread the word on everything the collective Brisbane region has to offer,” Cr Quirk said in a statement.

“As a gateway city, a strong region means a strong Brisbane, which is why it’s great to see all local governments in the Brisbane region uniting behind this tourism campaign.”

In announcing the campaign, Cr Quirk was happy to make a subtle dig at the southern capitals.

An image from the new Brisbane Marketing campaign. Photo: Supplied

“This campaign not only encourages locals to holiday closer to home but is also about alluring our southern friends here by showcasing our sunny holidays, and give Sydney and Melbourne pause for thought on their frosty winter mornings,” he said.

Brisbane Marketing chief executive John Aitken said the campaign, which was a year in the making, followed extensive market research.

“The research found Brisbane was seen as a vibrant, optimistic, open and collaborative city of which locals were proud to share their passion,” he said.

The Clemenger BBDO-produced campaign will feature activities such as the Story Bridge Climb, Queen Street Mall shopping and natural attractions in the wider south-east Queensland region.