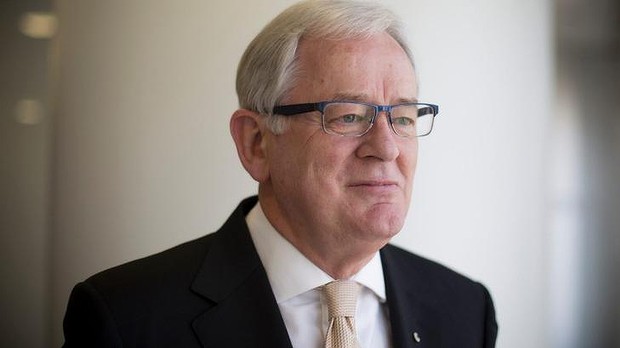 TTN, 24th October 2014: Australia’s federal minister for Trade and Investment, Andrew Robb, is being scrutinised by the media and parliament after his pecuniary interests in three hospitality venues were highlighted. One of his venues made it onto Tourism Australia’s 800-venue-strong “Restaurant Australia” website.

Robb isn’t being scrutinised that heavily though; Fairfax call him a Tourism Minister, but the industry has not had a tourism minister since the tourism portfolio was split under Tony Abbott in September 2013. See more detail of the split by clicking here.

A Sydney restaurant owned by Tourism Minister Andrew Robb and his family is being promoted by a government-funded $40 million, 18-month Tourism Australia campaign that targets 17 key global markets to sell the Australian “foodie” experience to the world.

The Robb family restaurant, Boathouse Palm Beach, is showcased on Tourism Australia’s “Restaurant Australia” website, which was launched in May, as the “ultimate day trip destination” just an hour from Sydney and the “perfect place for a relaxed family outing”.

The $40 million campaign has recently been launched in Britain, Singapore, South Korea and Hong Kong, while more than 80 of the world’s leading food and wine “influencers” – including actress Gwyneth Paltrow, celebrity chef Heston Blumenthal and English food critic A.A. Gill – will be flown to Australia to sample featured restaurants.

Tourism Australia has featured about 800 restaurants, cafes and wineries – with photos and rave reviews – on the promotional website, with 1700 businesses overall listed.

There were, according to the June 2013 Bureau of Statistics data, 69,885 restaurants, cafes, takeaway shops, pubs and bars in Australia.

Mr Robb, who is widely regarded as one of the Abbott government’s best-performed ministers, declares a half ownership of two unnamed cafes and a wedding reception venue in his Register of Members’ of Interests entry.

The ownership stake is declared in a section that covers “any other interests where a conflict of interest with a member’s public duties could foreseeably arise”. Mr Robb has noted in his declaration that the stake could be “relevant to my responsibility as Minister for Tourism”.

Another section of the declaration reveals that Mr Robb has a shareholding in Boathouse Palm Beach Collective Pty Ltd, the parent company of the Palm Beach restaurant as well two other restaurants – the Boathouse at Balmoral Beach and Moby Dicks at Whale Beach.

Mr Robb declares that he and his wife Maureen are beneficiaries of Ram Consultancy Pty Ltd, a family trust. Australian Securities and Investments Commission records confirm that Ram Consultancy owns 150 of the 300 shares in the Boathouse Palm Beach Collective, with the other 150 shares held by Goldsmith Investment Corporation.

Andrew Goldsmith and Mr Robb’s daughter, Pip Robb, are the director and secretary respectively of the Boathouse Palm Beach Collective and run the three restaurants.

A spokesman for Mr Robb said the minister had “fully complied with all requirements in disclosing his interests on the members’ register”.

“This has the look of a dirt-digging exercise,” the spokesman said. “Mr Robb had nothing to do with the listing, full-stop, nor is he director of the business, for very good reason. Restaurant Australia is an industry-wide promotion with 1700 businesses registered and around 800 businesses have been selected by Tourism Australia for a feature page.”

Sydney Morning Herald restaurant reviewer Terry Durack in 2011 gave the Boathouse 13 out of 20. While he noted “service gets scatty under pressure”, he said “this is just the sort of casual yet professional beachside dining for which Australia should be famous”.