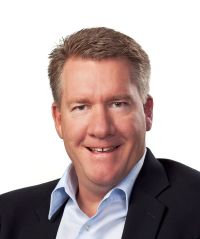 If correct, the figures contained in the latest federal government tourism report could spell bad news for hotel investors who forked out $1.44 billion buying Australian hotels in the main capital cities this year.

“Since the start of 2010, overnight business travel has grown strongly,” Mr Ferguson said. “These September quarter results may indicate a stabilisation in the business travel market.”

Hotel analyst Dean Dransfield said the figures should be treated with caution.

“There seems to be significant volatility in both forecasts and reported results from a range of government-endorsed organisations,” he said.

“We have seen a number of statistics come out in the past six months that have had very significant swings. We think there’s a range of analytical issues that are fogging the picture.”

“Even if we do have the odd quiet week here and there it’s important that we look at the hotel market in its entirety.”

Data showing the actual year to date suggested all markets were still trading at or above record levels, Mr Harper said.

“Leisure trips continue to register solid growth – with the “holiday” and “visiting friends and relations” segments both up nearly 3 per cent and 10 per cent, respectively, with even bigger increases in spending,” he said.