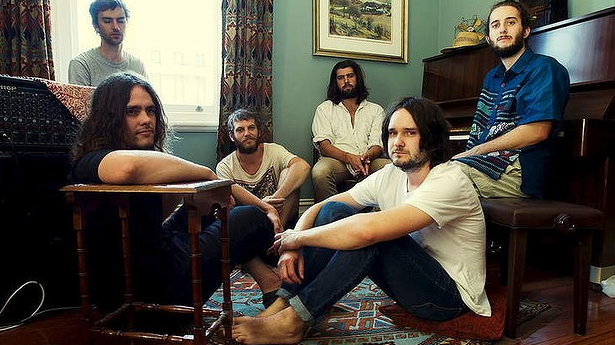 PHOTO: Marc Earley (left) from Melbourne band Growl was set upon in an unprovoked attack at an Oporto takeaway in Sydney. The attack comes just weeks after the NSW government proposed new laws to come down hard on alcohol-related violence, including new restrictions on hospitality venues opening hours and serving times.

Marc Earley from The Growl has finger snapped in Sydney attack

A promising bass player’s career has been left in jeopardy after “an unprovoked attack” on Oxford Street in the early hours of Monday.

Marc Earley, the bass guitarist for Fremantle band The Growl, had his finger brutally snapped at an Oporto restaurant while eating with other band members.

“His attacker blinded him with his left hand whilst intentionally breaking the ring finger on his left hand at a right angle, causing two fractures on the upper knuckle,” a statement by singer Cameron Avery on the website gofundme.com said.

“The doctors at the emergency department at the Prince of Wales Hospital have told us that Marc must have surgery within 48 hours from a specialist to achieve any kind of full recovery which will allow Marc to continue his life as a working musician.”

The Growl played on the main stage of the St Jerome’s Laneway Festival three times in the past week.

Avery, who is a member of fellow group Tame Impala, is trying to raise $20,000 on gofundme.com to pay for Earley’s surgery and rehabilitation as he does not have health or income protection insurance. So far $1,124.00 has been raised.

A spokeswoman for the band said Earley was sitting down eating with other members of the band when an agitated man approached him from behind and assaulted him without warning. The band’s entourage tried to calm the man down. He left soon after. The spokeswoman said the other band members did not go after him: “He was a scary guy.”

Avery said on the website no one had been charged and police were going through CCTV footage and “investigating the incident”. A worker at the Oporto restaurant confirmed police had visited the store to look at the footage.

“Not only has this act of unprovoked violence caused Marc a lot of pain and distress it will severely impact his livelihood in the coming months,” Avery said.

“Marc will have to attend occupational therapy every day after his surgery if he is to regain the full use of his hand … His hands are his life.”

The Growl played at the Sydney leg of Laneway on Sunday, the Melbourne leg on Saturday and the Brisbane event on Friday.

Nick Allbrook from Pond will play in place of Earley at the remaining two Laneway festivals, in Adelaide on Friday and Fremantle on Saturday.