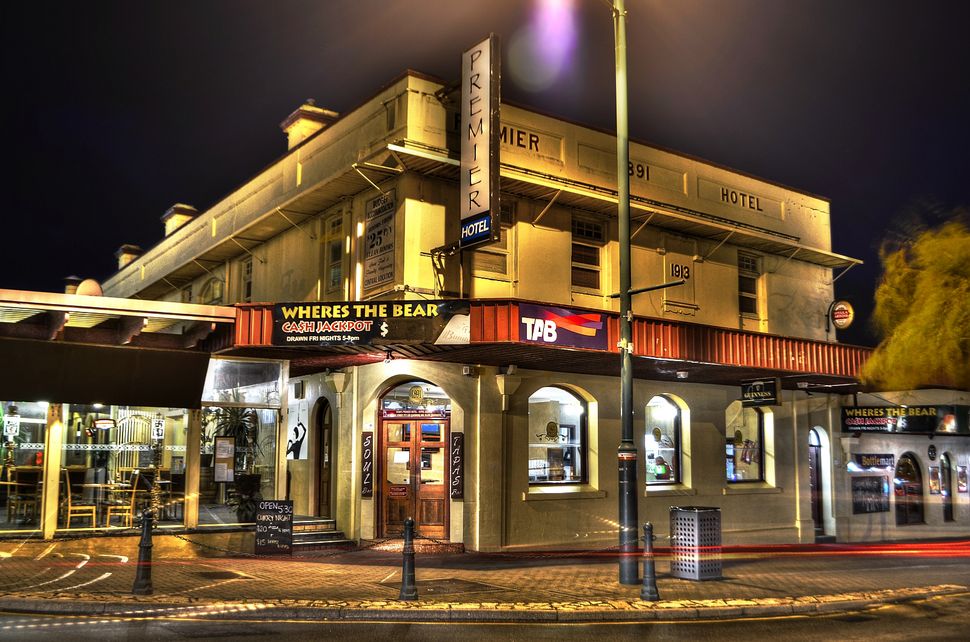 Licensee Graeme Cooper, 34, was joined by four co-accused men in a brief appearance at the Stirling Gardens Magistrates court this morning, and faced charges related to the $2 million of damage caused to the historic building.

Four men were later arrested in relation to the incident, and Mr Cooper was also taken into custody months later.

At earlier appearances, it was reported that Mr Cooper intended to plead not guilty to charges including attempted fraud, endangering life, arson and criminal damage.

He will be held in custody until his next appearance on November 2.

Police have charged another man over an arson attack on a historic 125-year-old hotel in Western Australia’s Great Southern almost four months ago.

The Mandurah man, 34, is the fifth person to be charged over the blaze that caused up to $3 million in damage to Albany’s Premier Hotel in May.

Police will allege he was one of the men caught on CCTV footage frog-marching the pub’s co-owner Graeme Roderick Cooper along a hallway after he had left to take the rubbish out.

The man has been charged with causing criminal damage by fire, attempted fraud and endangering life.

He has been remanded in custody to appear before Perth Magistrate’s Court.

Cooper and three others charged over the deliberately lit blaze have been remanded in prison to appear in court next month.

Cooper is facing charges of attempted fraud, criminal damage by fire and acts endangering life, and has indicated he will be pleading not guilty.

Detective Tom Doyle said the latest arrest had finalised their investigation, but said police would pursue any further leads should they come up. The gutted remains of the Premier Hotel in Albany following an arson attack in May. Photo: ABC News