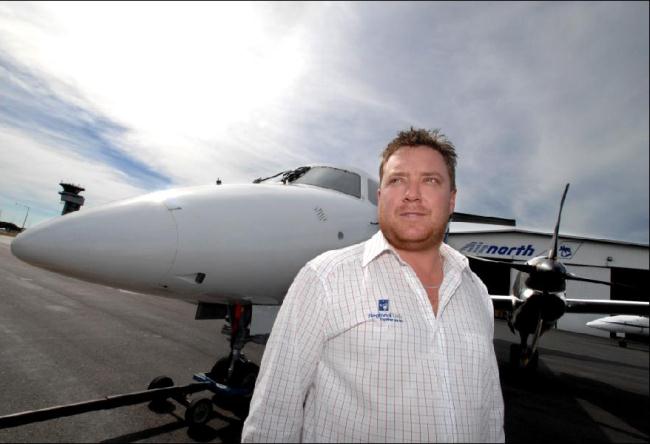 AIRNORTH has taken delivery of a new $30 million jet and is looking at expanding services into the Pilbara.

Each new jet adds $20 million in yearly revenue to the firm, he said.

The jet will help service new routes including the fourth new service on the Darwin-to-Townsville run.

“The general economy has developed in the Top End and that is driving services,” Mr Bridge said.

He said it wasn’t just the Inpex project but the McArthur River Mine expansion and Energy Resources of Australia’s underground project that was boosting demand.

Mr Bridge said Airnorth was looking at adding an extra weekly service from Darwin to the Pilbara.

Right now they fly two days per week from Darwin to Broome, to Kununurra then Port Hedland.

The Territory company, owned by Mr Bridge and Roger Leech, has been growing rapidly in the past 10 years.

Airnorth bought its first Embraer in 2007 to fly between Darwin and the McArthur River Mine.

The company now has a fleet of four Embraer jets that seat 76 people each, along with eight Turboprops which seat either 19 or 30 people.