Airline collapse has flow on to FIFO 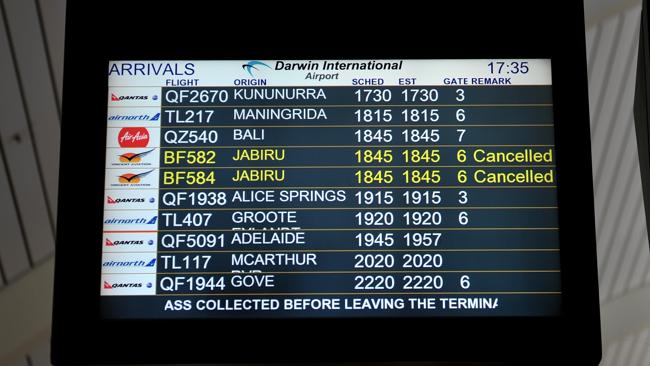 Fly in fly out workers at ERA’s Ranger uranium mine are being “bused” to and from Darwin as the fallout continues following the shock grounding of commercial airliner Vincent Aviation.

The Darwin-based aviation company has been taken over by receivers, with all flights cancelled on Wednesday. It is understood up to 120 staff have lost their jobs.The airliner also operates FIFO services to Bootu Creek, about 110km north of Tennant Creek.

An ERA spokesman said the company was busing employees and contractors between Darwin and Jabiru while “alternative long-term FIFO arrangements” are considered.

The airliner had been flying up to 18 staff and contractors twice daily between Jabiru and Darwin.

The spokesman would not confirm if ERA would charter another airliner to fly the workers in the interim.

Rival airliner Airnorth’s Chief Michael Bridges told the ABC yesterday morning that not all of Vincent Aviation’s routes could be absorbed, with smaller planes needed to service airstrips at Bootu Creek and Jabiru.

BDO was appointed on Wednesday as receiver and manager, and is assessing the financial position of the carrier.

Chief Minister Adam Giles said yesterday there would be an “opportunity” for another carrier to fill the gap left in the Territory’s aviation market.

“What it means is there’s an opportunity for someone else to come into the market … Northern Australia is expanding and the opportunities are enormous and more and more players want to come and invest. With every piece of adversity comes an opportunity.”

However Opposition Leader Delia Lawrie hit out at the Government levelling budget cuts as one of the reasons for the company falling into administration.

“Has the CLP Government done any analysis onwhat the flow on effects of their harsh budget cuts will have on businesses that have relied on the Government charter business.”