After the mining boom – will tourism grab the baton? 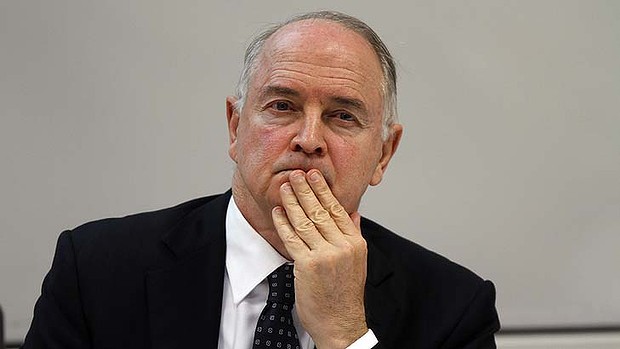 What will happen to Australia’s economy after the mining bonanza? Will it be followed by a bust, or can things keep chugging along without dramatic changes?

Apologies if you feel like you’ve heard these questions before. Economists have been debating them for at least a couple of years.

But the resources boom is still one of the most important influences on the economic outlook, even if it gets less attention in the news these days.

Recently, some of the country’s most senior economists have shared their predictions on what may happen as mining investment cools off, and what it means for Australian households. If you care about where the economy might go next, their comments are worth noting.

It’s often said the mining boom is “over”, but that’s too simplistic. It’s true that commodity export prices peaked almost three years ago, and miners are indeed cutting their spending on investment.

But that doesn’t mean the boom is finished. Resources companies are still spending a massive amount completing massive projects to feed Asia’s hunger for commodities. This annual spending is now falling and will tumble by billions in the years to come, leaving a big economic hole.

Treasury’s top economic adviser, David Gruen, spelled out just how big in a speech this month.

How will we make up such a gaping hole?

Part of it will come from larger shipments of natural resources as all those new projects are completed. For instance, we’re likely to rival the world’s largest gas exporter, Qatar.

It’s also hoped other industries like home construction, manufacturing and services will also help to pick up the slack. 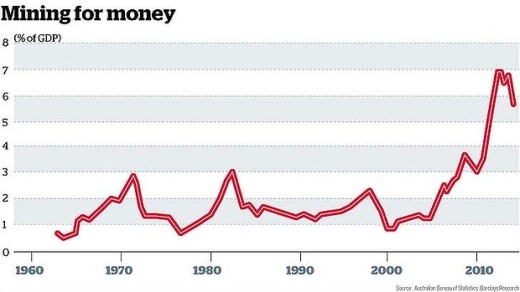 So how is this baton change going so far?

In the March quarter, non-mining business investment improved for the first time in a year, while rising house prices have also lifted residential construction.

The Reserve Bank governor Glenn Stevens said in a recent speech there had been early signs of “rebalancing”,  but there remains “quite some way to go yet before the episode is completed”.

A more gloomy scenario has come from renowned economist Ross Garnaut. He’s warned that unless there’s a new round of changes to make the economy more productive, we face declining living standards.

Either way, there is broad agreement it will be a softer economy. Gruen said it was likely income growth would be “sluggish for some time” if the rate of productivity growth was near its long-term average.

That’s already happening: wage growth is at its slowest pace on record. As the boom continues to fade, this could be a sign of things to come.