Adelaide transport not at its peak 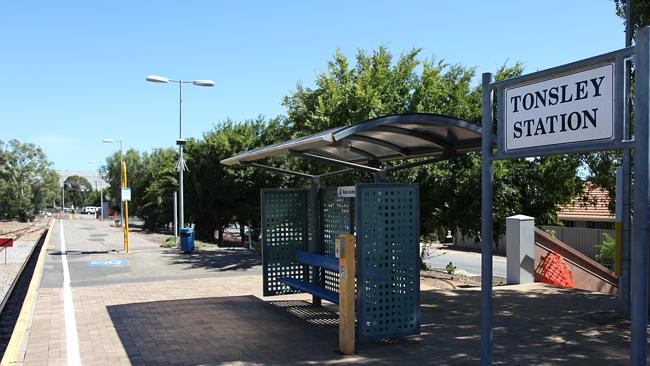 Some Adelaide bus drivers have voted to strike next week but the South Australian Government is keen to mediate to settle the issue.

The Transport Workers Union says SouthLink drivers have voted for a 24-hour strike over their pay and conditions claim.

The union says drivers voted by text message over the weekend and 75 per cent backed industrial action, either on Tuesday or Wednesday next week.

The union has had lengthy negotiations with bus operators over issues of wages and driver security.

Union official Ian Gonsalves says there is a chance the action might be timed to disrupt the Royal visit to Elizabeth in northern Adelaide on Wednesday next week.

“That’s just the way it goes, if that’s the day that we’ve picked so be it. If they get tied up in that well we’re sorry but that’s the most important thing for us,” he said.

He says union officials will meet during the afternoon to finalise the timing of the planned strike.

Deputy Premier John Rau says it is time the parties returned to the negotiating table and he has offered to mediate.

“If they are unable to be grown-up enough to sit down together and have a chat about this and nut it out I’m happy to talk with them as some sort of mediator if that would be of any assistance, but that’s purely in the event that they aren’t able to do it themselves, but I sincerely hope they are,” he said.

Re-opening of Tonsley rail line is delayed again, for the second time in two months

THE reopening of the Tonsley rail line – which has been closed since February 2012 – has been delayed for the second time in as many months.

The line has been closed for so long that some students at the new $120 million Tonsley Park TAFE campus told the Guardian Messenger they weren’t even aware there was a train set to service the site.

The Transport Department said services on the line would now resume in April, but would not elaborate on reasons for the delay only saying “DPTI’s focus is safety”.

“Extensive train testing and driver training will be undertaken before the Tonsley line is up and running.”

The Tonsley line, which is undergoing works to accommodate electric trains, was originally set to reopen in February.

It was then delayed until March before last week’s announcement to resume services in April.

The paper visited the TAFE campus this week, to speak to students about the delay.

Tiling apprentice Nathan Fischer, 19, takes the train to Elizabeth into Adelaide and from Adelaide to Ascot Park on the Noarlunga line before riding his bike to his classes.

“I didn’t know there was going to be a train, but when it opens it will be way better than what I’m doing now,” he said.

A replacement bus service has been set up while the train line is closed. Source: News Limited

Another student, who asked not to be named, said she caught buses or carpooled with other students to get to the campus.

“I’ve got a system and it works, but the train would make life easier for a few of us,” she said.

The line has been electrified, refurbished and a 1.1km section of the track has been duplicated.

Timetables are yet to be finalised.

The Tonsley line closed in February 2012 to cut the number of trains using the Adelaide Railway Station during works at the Convention Centreand to accommodate electrification works on the line.

It will replace existing operator Torrens Transit on the routes.

Transfield Services’ Light-City Buses has won the right to operate two of the city’s six public bus regions – the Outer North East contract area, which includes the O-Bahn, and the North South region – for the next eight years.

The company has a four-year option to extend the contract, subject to State Government approval.

In a statement to the ASX, Transfield managing director Peter Goode said the decision would expand the listed company’s presence in Adelaide.

“We are bringing to Adelaide the benefit of our broad knowledge and experience in delivering services to critical infrastructure,” he said.

“This includes specific expertise in the safe, efficient and reliable delivery of public transport services.”

Torrens Transit’s managing director Neil Smith said the company was told on Thursday it had lost two of its three regions to Transfield.

The decision means Adelaide was now become the company’s smallest market, rather than its largest.

“We’ve been told specifically that it was nothing to do with the quality of the service we’re operating, it was purely that they put in a lower price than we had,” Mr Smith said.

Torrens Transit’s remaining contract area is valued at $450 million. It will be left with 255 buses, about 400 staff, and four bus depots.

While the company will relinquish about 400 buses and be forced to shed hundreds of drivers, Mr Smith expected there would be few job losses because its workforce would migrate to its competitor.

He said the company plans to meet with Transfield to discuss the transfer of staff and hoped to inform drivers of the process ahead next week.

“I don’t think anybody who want to work in the industry is going to find themselves out of a job,” Mr Smith told AdelaideNow.

“They may have to move from one contractor to another because we will be handing over two very large depots to Transfield … but from what I understand the pay and conditions are the same, there shouldn’t be any loss of entitlements.

“It’s not a dramatic change for the drivers.”

Transfield Service’s shares did not move on the contract announcement, closing at $3.55.