Adelaide the first Aus city to give free WIFI 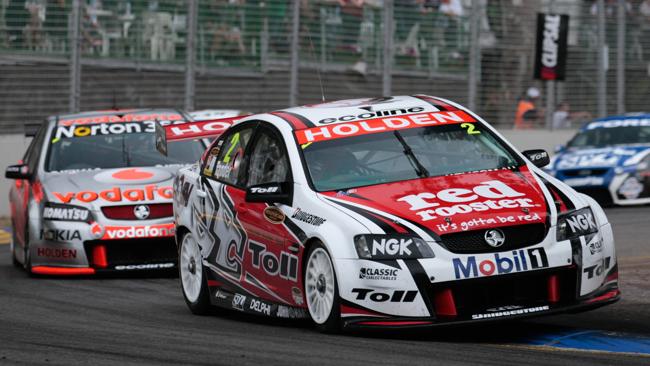 PICTURE: The Clipsal 500. Adelaide’s new WIFI network will be running in time for the 2014 event. YEARS behind other cities like Brighton, UK and Santa Monica in the US, Adelaide will be the first Australian city to offer free wifi. The tool is particularly useful to backpackers and tourists as they increasingly visit just venues and attractions locatable on smartphones.

Petra Starke: CBD wi-fi plan has Adelaide primed to be one of the most connected cities in the world

Over the next few months, Adelaide’s CBD will be hooked up to a new wireless internet network, making it one of the largest citywide outdoor wi-fi networks in the Western world.

The $1.5 million network, built by local internet service provider Internode as part of a state government and city council initiative, will cover as much as 97 per cent of the northern half of the city, from Wakefield and Gouger streets to North Tce, as well as parts of North Adelaide, Hutt St and the southern half of the CBD, and will deliver ADSL equivalent speeds. And the best bit – it’ll be free.

What this means is anyone with a wireless-capable device – a smartphone, a laptop, a tablet – can tap into the web at no cost throughout the city. Look up prices of goods online while shopping in Rundle Mall, check your email while strolling down North Tce, sell your old shoes on eBay while tucking into yum cha on Gouger St.

The network is expected to be finished by March, just in time for Fringe, Adelaide Festival, Clipsal and Womad madness – so we can all probably expect an increase in annoying Facebook, Twitter and Instagram updates from our friends. Brace yourselves now.

I’d like to say this announcement will make Adelaide a real “city of the future”, but actually what it does is make us a “city of now”.

Cities around the world like Denver and Houston in America, Auckland in New Zealand, and England’s Blackpool, have been offering free city wi-fi for some time. Los Angeles is also currently examining rolling out a city-wide wi-fi network, which would make it the largest city in America to do so.

But in Australia, we’re way ahead of the pack.

Adelaide has been punching above its weight in this arena for years. We’ve had “Citylan”, a network of free wi-fi hot spots around the city also built by Internode, since 2003.

This latest announcement will expand on that network, making our city one of the most connected in the world.

Some may be inclined to dismiss this investment in citywide wi-fi as a novelty, or something only geeks will use or be interested in.

I suspect they’re the same sorts of people who set the internet fees at Australian hotels – only someone who thinks the internet is a novelty, or unimportant, would think it reasonable to charge up to $29 a day to access it.

A few weeks ago I travelled to Sydney, and I chose my hotel solely on the criteria that they offered wi-fi as part of the room price. They were one of only two hotels I could find in the CBD that did so.

All the others charged exorbitant prices by the hour or day, ridiculous price gouging for something which most of us have come to accept as an essential part of everyday life.

The same goes for cafes and other hospitality businesses. Having spent a year living in America I can say it’s almost unheard of for a cafe to not offer free wi-fi alongside its lattes. Free wi-fi is so ubiquitous in most businesses, it becomes conspicuous by its absence.

One day, Australia will work out that public wi-fi is as important as all the other infrastructure we take for granted. Until then, Adelaide can sit back and download to its heart’s content.