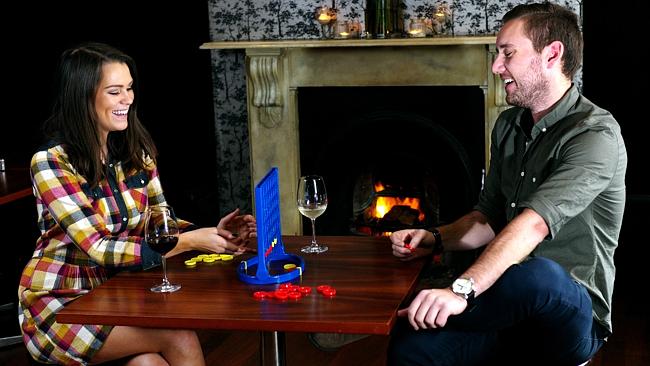 INTERNATIONAL beer day not enough to entice you to the pub? There’s more to pubs than parmies and pints — here’s some different ways to spend a sesh …

ALL hail to The Kings, the board game trailblazers of the pub world.

With no pokies, TAB or Keno, you can get your kicks the old fashioned way.

All the classics are there: Battleship, Pictionary, Guess Who …. is buying the next round? The loser, that’s who.

It’s the same over at Hotel Wright St. If you’re after a pleasant post-work game, or a flutter on a weekend afternoon, they have quite a selection of games.

Just don’t try asking to start a game of Monopoly late on a Saturday night. The staff know that you’ll just pocket the race car, take the fake money and try to buy more cider with it.

MORE: When it’s cold outside, here’s some great places to warm up

QUESTION: How much fun are pub quizzes? Answer: Much fun. If you’re going to knock out a few brain cells with a pint or two, you might as well use the ones you have left.

Every Wednesday The Astor Hotel on Pulteney St runs a free quiz night that sees up to 150 people marvelling at how hard it is to answer things without google.

IS ZOMG a word? No. But ZING is, which is what you’ll be saying when you get that triple-word-score.

If you’re interested in Scrabble, there are friendly social games on Wednesday nights at the Ed Castle on Currie Street. Play starts at 6pm and it’s for all levels.

It’s free for beginners, with regulars paying $5 for their chance at the weekly cash prize.

DO you have a hankering to go running up that hill in your red shoes? You can. Every Wednesday at James Place hideaway The Coffee Pot they play nothing but Kate Bush on vinyl, through some speakers they found in hard rubbish. Brilliant.

BILLY Bob’s BBQ Jam is legendary, as much for the snags as it is for the music. The Grace Emily on Waymouth St has been firing up the barbecue on a Monday night for 10 years where anyone can rock up and share the song in their heart.

It usually kicks off at 9pm with the locals, but when big names are in town some have been known to pop in and join the fun.

Pink Floyd, anyone? Sure, it can be hit and miss but that’s part of the fun. For a gold coin donation it’s the best place for a snag this side of Bunnings.